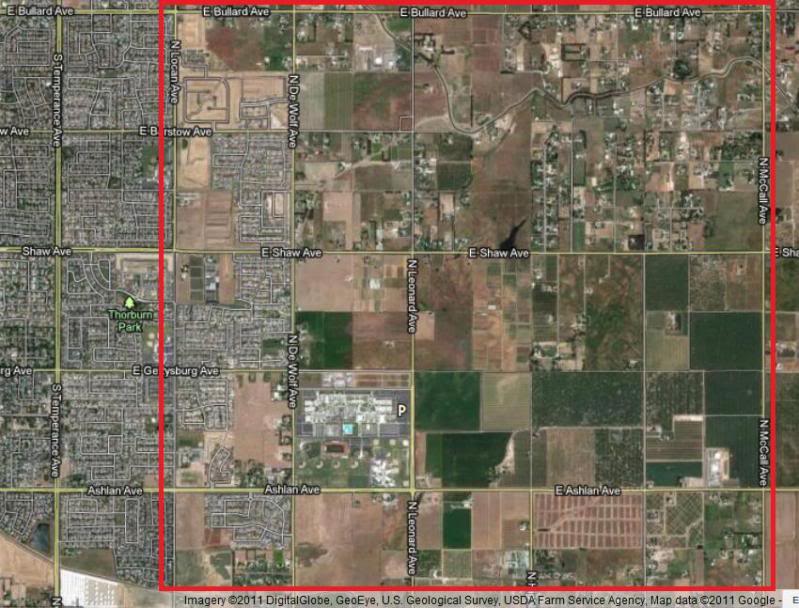 The guidelines included fixed components, like parks and trails and such, and guiding principals, such as:

That was the lofty goal set in 2003, after years of discourse. Yesterday, the city council unanimously approved a housing subdivision in the Loma Vista areas that essentially throws away those guiding principals. The planning council had already approved it.

They approved a new development with:
-No sidewalks
-No trail/paseo, which had been shown in maps for years
-A wall where another developer had previously left open a path for residents to walk from one development to the next
-No studies of any kind taking into account pedestrian flows to the nearby schools and churches. How do you promote pedestrian circulation with no data on how pedestrians walk…?

I really don’t see how a residential community without any sidewalks, and without an extension of the trail system promised in maps for years can be allowed. But in these parts, if a developer is proposing it, it’s almost always allowed.

When developers started building their subdivisions in the new area, they did indeed adhere to the plan. The trails went in, well designed trails. Sidewalks had good connections and such.

An outdated (because they keep allowing waivers) city map showing current and future trails. In red, the Loma Vista area. In yellow, the subdivision. A trail is clearly shown as coming in the future. Now, it will never be built.

As the recession hit, the developers started pushing for “waivers” to their original proposals. Sidewalks, promised at 10 feet in initial approval, were being decreased to 5 feet in the updated requests. The trails (called paseoes) went from being paths with almost no street crossings, to paths in the median in roads, and then proposed as glorified sidewalks. Now, this developer is proposing no trail at all. Of course, corners are being cut everywhere, including constant requests to allow electrical infrastructure be placed above ground.

And the sad part is, the planning and then city councils keep saying “yes”.

The city council approved the plan, even though the developer and the head planner both admitted that what is in this document and the final project will be slightly different, because of a few last-minute changes. Rushing the approval didn’t seem to raise any eyebrows.

Here is the project that was discussed on Tuesday night:

Location, you can see the existing trails to the east

Here is what they want to build. No trails, no sidewalks, no problem.

Interesting note. In the map above, the green highlight is the connection to the existing trail. And by connection, I mean it won’t be a wall, like what they’ll do to the path in the red area. This connection is being touted as a feature, because thanks to a loophole, they’re not even required to do that*. The developer of the existing subdivision assumed that the owner of the neighboring tract would adhere to the plan and provide multiple pedestrian linkages.

That developer was clearly naive.

*The loophole is that the tract was originally approved as apartments, without a trail. The developer then switched to low density detaches housing, keeping the waivers of the past and asking for new ones.

Three people, including myself, spoke against the plan in its current state. The other two residents who spoke against the plan are immediate neighbors of the project. One man spoke about multiple issues he was against, and made some good points. For example, he talked about how the city plans require developers to place the transformers underground. He stated that recently, many projects have requested a waiver, even though the increased density of these projects make it more feasible for the developers to cover the additional cost of placing them underground (cost is spread out over more homes). He also spoke about how a couple of months ago, the city approved a development by the same company with 33 foot wide streets on a trial basis. Now, the developer is back asking for the same, but as nothing has been built, no trial has happened.

He also spoke on the same issue that concerned me, the lack of paseos and pedestrian connectivity.

The city council chose to ignore the opposition, and only asked the developers a single question, which went along the lines of:

“The transformers, above ground, will be hiding behind shrubs yes?”
“Yes”

And then they unanimously approved the project.

4 Replies to “Clovis: A pedestrian-oriented development without any sidewalks…?”