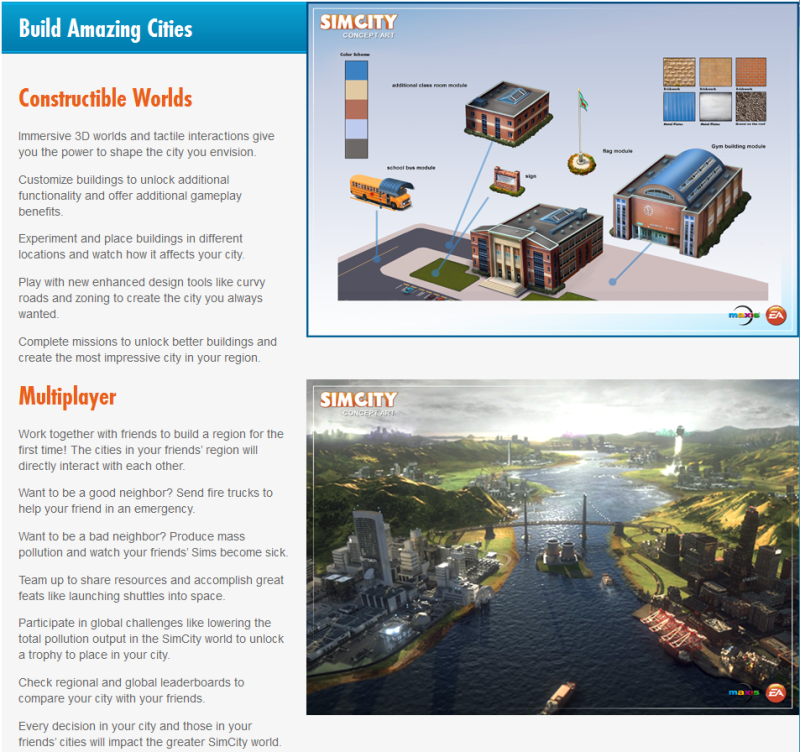 As promised, March 6th came with the official reveal of Sim City 5. The best news from the announcement is actually that Maxis from Emeryville, the team behind the rest of the series, is in charge again.

The developer doesn’t handle too many projects, so you know they’ve had their full focus on Sim City 5 for awhile now. Here are their projects from the past decade.

They’ve also released a concept trailer. While the trailer does not represent what the final game engine will look like, it does give a very interesting idea of the ambition going into this project. Click to read more!