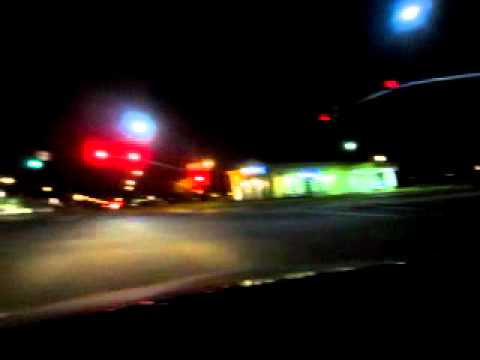 I’ve been planning on writing a post about how building bigger streets can actually slow down traffic. A central point of that post will be how bigger roads require lengthier traffic signal cycles.

I got lucky, or shall I say, unlucky, the other day as I found myself driving home and yet again getting stuck at Herndon and Fowler. Mind you, it’s not really luck. As I’ll talk about later, the wider the road, the more likely you’ll get red….

There is a signal here that is not working properly, and while I reported it to the city back in January (the 7th), no change was made.

Basically, the signal operates on rush hour timing at all times during the day, instead of reverting to sensor/demand mode at night.

I decided to finally document the frustration that comes with this signal. I had my camera with me, and I came to a full stop, pulled it out and began filming. So note that I, on Herndon (the 6 lane, 50mph major road), had red for at least ten seconds prior to the start of this video.

Take special note of the amount of cars that cross this intersection during my seemingly endless wait.

(Warning: Radio music is slightly loud at first. Billy Joel’s “For the Longest Time” would be better I’d think)

That’s a hell of a wait. Watch the whole thing, and I promise you;ll smile at one point.

At 1am, or whenever this video was taken, the wait is absurd, and a waste of time and gas.

But now imagine this same wait during the day, with 20, 30 or more cars on Herndon just sitting there, enjoying the cycle.

Doesn’t seem like the best way to manage traffic, does it?