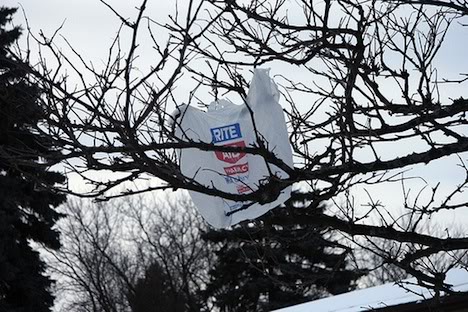 Just a couple of days ago, the city of LA decided to implement a ban of disposable plastic bags over the course of the next year. The news caught me by surprise, as I try and follow developments regarding movements to ban or tax plastic bags.

What didn’t catch me by surprise are the comments that followed the decision. I’d seen them all before.

The reason is, it’s just another example of how in the internet age, ideas still travel slowly. When I wrote that just a week ago, I focused on transportation projects, but the bag ban is the exact same deal.

Banning or taxing plastic bags isn’t a new idea, not even in the US. According to a 2010 article, when LA County (this time it’s the city) banned the bags…

25% of the world now bans plastic bags, and Los Angeles County is one of a growing number of US communities getting on board.

I’m sure that number has gone up.

But it doesn’t matter. People like to pretend only their immediate local community matters, than that they have uniquely come up with a group of scenarios or points that have never been considered or proven wrong before.

The naysayers arrive with the same group of comments that were posted by a similar group of people when Maui, San Francisco, DC, Switzerland etc etc etc all took similar steps. They make it seem like the idea is brand new, has never been attempted, and no thought has been put into it. Whats even more worrisome is that in this case, various cities around California have already taken that step. Indeed, residents of LA can drive for 10 minutes to find themselves in areas where bag bans already exist.

A few of the comments are….

-It’s a major inconvenience, it’s hard to remember to carry your own bags. This will never work.

It sure is, at first, because you’re used to not doing it. Once you start, it takes as much effort to remember as it does to remember to take your wallet.

-It hurts the poor.

Only the bold angry internet commentators seemingly care about the poor. No one else has thought up of ways to distribute free reusable bags to those who need it.

-“I use them for trash, now ill just have to buy plastic bags instead for trash, its the same thing!”

Except it’s not. Last time you saw a plastic bag floating across a parking lot, stuck in a tree, blocking a drain or spoiling a field, did it look like this….

Or was it one of these?

Yeah, banning plastic grocery bags does lead to an increase in purchases of large garbage bags. No, that’s not an unintended consequence that shows those behind the changes are idiots. It’s an improvement.

There are three issues with plastic grocery bags, two of which get solved by the ban

1) They last forever
2) They’re small, lightweight and there are billions of them
3) They’re free.

Yes, those giant garbage bags DO last as long, if not longer, than the grocery bags. But because they’re bigger, they don’t just escape and fly away and ruin the landscape. And because one must purchase them, one is more careful with their use. Free = waste. If a grocery bag takes more than a second to get open, it gets tossed aside, as there are a hundred more right there. If you’re paying for your bags, then suddenly tossing one aside isn’t so much an option.

So let’s do what the naysayers who fear change did not do and look at other cities.

In DC, where a 5 cent tax was implemented, the change was shrugged off as noted in this article from a few days after it took effect.

Here are some of the initial reactions on that same website

Sadly, the more hilarious comments posted on websites like the Washington Post no longer seem to be available for viewing after 3 years. I guarantee some of them were almost word-for-word the same as those you see this week in the LA Times, and you will undoubtedly see in Fresno whenever the state gets around to implementing a blanket policy.

In DC, the tax did not ban the use, but prompted people to make the changes. Many stated 5 cents would either result in no change (who gives a crap, it’s just 5 cents!) or result in major economic fail (everyone would shop in Virginia or Maryland!)

Of course, neither happened.

Bag use dropped at a much faster rate than expected, resulting in less revenue

City officials had guessed the fee would raise $3.5 million to clean up the city’s Anacostia River before the end of 2010. The tax brought in a total of $1.9 million in the first ten months of 2010, according to the city’s latest data.

and with it, the pollution decreased.

A report on the Anacostia prepared two years ago found plastic bags made up about half of the trash in the river on the city’s east side. This year, an environmental group that does an annual river cleanup said it collected a third as many bags as it did in 2009.

The retailers benefit as well.

City officials estimated that before the fee residents used about 270 million bags a year at grocery and convenience stores. For 2010, residents are on track to use around 55 million bags. Retailers, meanwhile, are telling city officials they are buying half as many bags.

Now in 2012, the bag tax in DC is nothing worth talking about, and has even been adopted by neighboring counties.

If you have objections to the taxing or banning of plastic bags, that’s fine. But before rambling off a list of reasons as to why it’s the worst idea in the world, perhaps use the magic of the internet to see what has happened elsewhere.