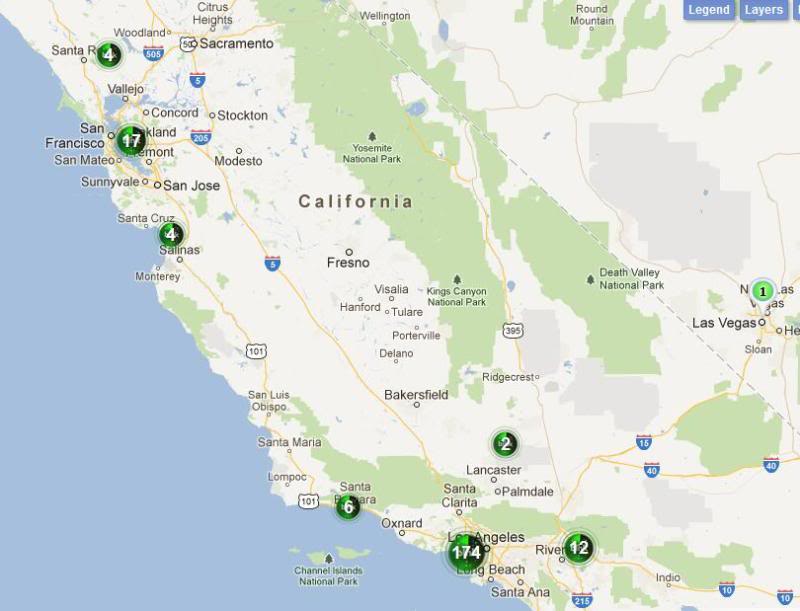 So I took a bit of a break….sorry about that. Was away from most of the internet really, except to watch the Euro matches. Regular posting resumes now.

It’s summer in Fresno, and even though today’s high is a chilly 86, it means we’re in the season of air quality warnings. Of course, that’s true of the winter as well, and yes, the fall. And sometimes spring.

Fresno has some of the worst air in the country, thanks to a combination of high heat, geography, and agriculture. The tendency to drive everywhere for everything doesn’t help though, and cars are a huge source of local air pollution.

The air here is so bad that the feds hit the valley with large fines for not getting their act together.

Everyone understands that local air is poor in part due to all the driving, which is why it’s sad to see federal air mitigation money go to things like…..widening roads. Nothing quite says “clean air” like laying asphalt.

If local officials insist on fighting air pollution by encouraging driving, why not at least put the money into something that makes some sense….like at least encouraging adoption of electric vehicles?

A push towards EVs would do nothing to lower congestion or fight agriculture-eating sprawl, but at least it would make our air better. But something is missing…

Well, that’s not 100% true, there are two. They are at Nissan dealerships, and are open to anyone, but really, how many Chevy or Mitsubishi drivers feel comfortable rolling into a Nissan dealership and charging up? And even if comfort wasn’t an issue, EVs take too long to charge to just pull in for a refill. Efficient refilling outside the home or work must be done at places you’re going to stop at anyway.

Blackbeard’s Family Entertainment Center, a popular destination for Central Valley families for more than 35 years, has announced it will soon break ground on a solar installation to power its facility in Fresno.

The system is expected to produce more than 316,317 kilowatt-hours of electricity in the first year of operation. This equates to the reduction of more than 312,000 pounds of CO2 emissions, which is the equivalent of offsetting the power demand of 29 residential homes, removing 19 cars from the road or planting 4,665 trees each year.

It’s great to see a local business installing a public charger, but the article just helped highlight how behind the region is.

When Walgreen announced last year that 800 of their locations would host chargers, I figured Fresno would be in line….there must be over a dozen Walgreen’s in town. But none came. Perhaps it’s time to put all the air quality money to good use and pay for a few chargers?

It would certainly do more to improve the air in the long run, right?

2 Replies to “Fresno gets its first public EV charging station”