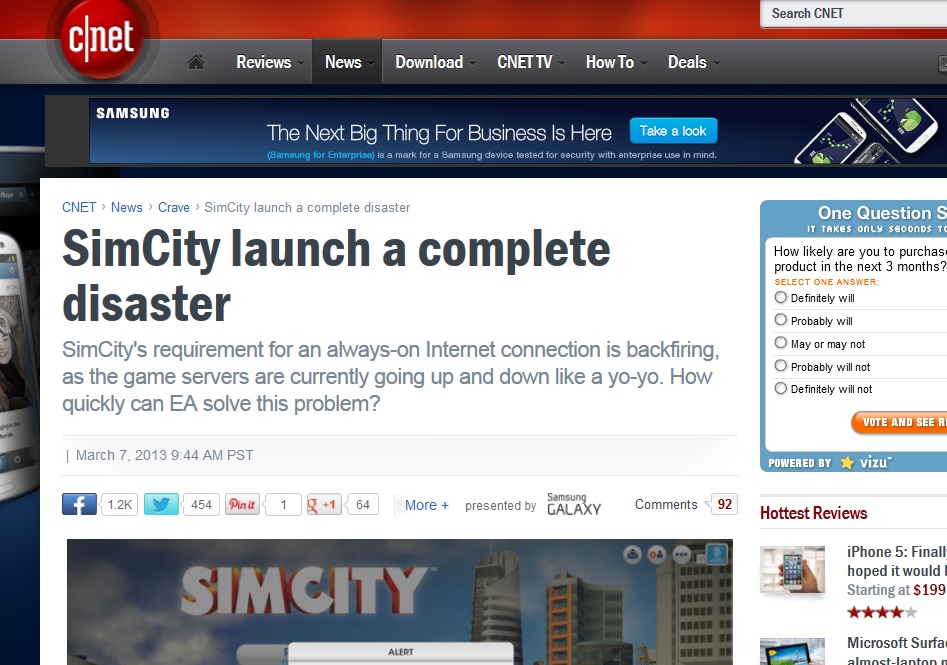 It was just over a year ago that I was pleased to report that SimCity 5 had been announced, and would be released a full ten years after the fourth iteration in the series. However, as details of the game trickled out throughout the year, I began to lose interest and resigned myself to an eventual disappointment.

There were two major concerns:
1) The release would do nothing to rectify the previous urbanism mistakes of the series
2) The always-online requirement would be an enormous failure and idiotic burden on consumers

Well, the game launched this past week and I was right on both points. Let’s start with the second, which is currently receiving the most press: Click to read more!