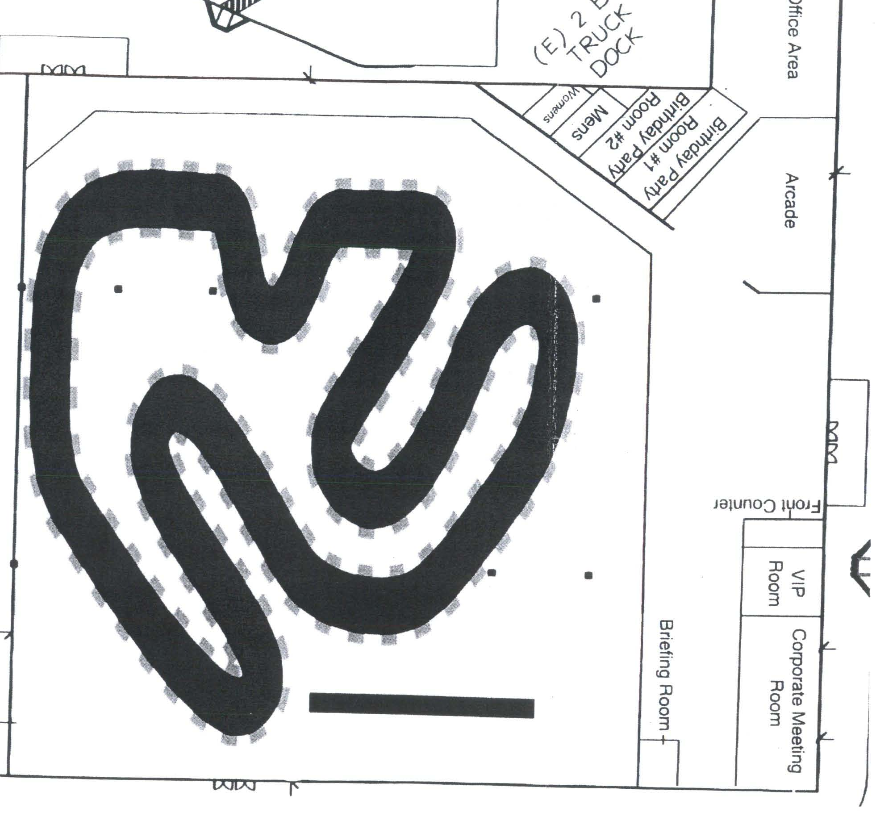 Moving around Clovis or Fresno, it’s easy to see that almost every business has a parking lot that is too big for even the busiest of days. The reason is due to parking minimums. The city requires that businesses provide a certain amount of spots, which is odd, because cities tend not to demand that businesses provide things to customers. There’s no law, for example, that a movie theater must provide popcorn with every ticket, or that a supermarket must fill every grocery cart with chocolate.

But parking is special, it must be provided, usually in very large quantities. Because this regulation exists, you’d think there would be many hyper-local studies on the use. Nope, all the rules come from an old book with old studies from places far, far away. That can lead to hilarious demands….and disastrous results.

One item that came before the planning commission recently was a proposal to re-use the Gottschalks building at Sierra Vista Mall. That building was part of the 2008 mall expansion, but has been vacant since 2009 when the chain went out of business.

The new tenant that wants to come in is an indoor electric go-kart joint. While that indicates that the mall is still desperate for tenants, and has given up on finding an anchor, it will be nice to see the space used for the first time in over 4 years. The location also makes sense, as the nearby movie theater is probably the most successful part of the mall.

Go-karts are an interesting example of land use, because they occupy a lot of space, but can only attract a few people at a time. Sadly, the city doesn’t make this distinction, and considers it a standard commercial use. Take a guess at how many spots you think such a use needs, and how many the city is requiring…

A go-kart place and a department store use space very differently. The large track, for example, is always mostly empty, allowing for races. At most, you might get 20 people racing at the same time. On an exceptionally busy day, you might get 20 more people waiting in line. Add a staff of 5, and you’ve got yourself a peak crowd of 45. Let’s just go ahead and round up to 50.

Logically, one would assign parking demand based on how many people would use a building.

In this case, we could expect maybe 50 people at peak-of-peak. One most also consider that go-karting is a social activity, so people carpool.

If every single person drives alone, a parking lot of 50 would be more than enough. Realistically, you shouldn’t expect more than 20 cars at any given time.

How correct is my estimate?

According to a company that actually build these tracks, the largest go-kart installations need 12,000-15,000 square feet of space for parking and ticket sales.

Essentially, 50 spaces once you factor in the aisles and such.

So far I’m guessing 20 spots will be used, with 50 needed for peak-of-peak. A manufacturer is also claiming 50, and we can assume they also recommend for peak use.

Clovis has go-karting, at Blackbeards. In fact, that location has two go-kart tracks, bumper boats, three mini-golf courses, water slides, batting cages, an arcade, and more. That location has two parking lots, the lower one, with 60 stalls, and the upper one, with 120. I go there occasionally to use their batting cages, and have never seen the upper lot even open. Meaning 60 stall can handle the demand for parking for a place many times larger than this proposed use.

Don’t take my word for it, look at Google.

Lower lot….about 15 spots used when this image was taken.

They have 200 parking spots, but that includes an empty retail pad, so really they have around 100.

Did the city do such an analysis? Nope, the city is content to use a one-size-fits-all approach to parking, an approach that has never been studied locally.

What they’re requiring here is:

That means the requirement for “at least” 300 stalls, easily 10 times as many as are needed. That’s not even considering that at a mall, people park once and visit multiple shops.

“Fortunately,” the building already exists as part of the mall, so the parking issue was handled when it was built. The mall has over 5,000 spots, so approval was not an issue…this time.

Another applicant was not so lucky.

Remember how I brought news of another McDonalds moving into town? Have you wondered what happened to it?

McDonalds, as you may know, is a very large chain, which makes a whole lot of money. Indeed, if I had to ask anyone in the world how many parking spots get used in a suburban drive-thru fast-food restaurant, I would ask McDonalds. They’re the experts. I may not like their product, but I think we can all admit that they have every part of their operation down to a science.

And yet Clovis has denied their application because the city thinks it knows how many parking spots McDonalds needs, and knows better than McDonalds. On one side, we have a multinational corporation which runs dozens of local stores, and has probably done hundreds of studies on parking demand. On the other side, we have a very generalized parking generation manual.

In this case, McDonalds wanted to build on a corner lot, which looks to be part of an existing shopping center, but isn’t. They planned to build their own parking, and meet the requirements by sharing with the center for the remaining spots. Problem is, a tenant of the existing center (El Pollo Loco) got to veto this arrangement because as part of their lease they have an exclusive chicken license.

So they came back asking for a variance to the requirement.

Which for them meant 36 slots required, and they proposed 21.

The city rejected the variance, because in their expert opinion, a shortage of spots would cause parking lot congestion, even though McDonalds thinks their customers will have more than enough parking. The city was also concerned about the new site plan (PDF) which located the driveway closer to the intersection. That’s a more valid concern, forced upon the chain because they’re not allowed to use the existing driveways in the shopping center.

At no point did the city express concern that the site plan was terrible for pedestrians, and that a drive-thru stacked against a major corner was an abysmal use of space. As always, parking and “congestion” was the issue.

I won’t shed a tear about McDonald’s being sent home, but that doesn’t mean it was right.

Maybe it’s time for Clovis (and Fresno) to base their parking minimum requirements on actual local studies, and not generalized outdated national recommendations. It doesn’t make sense to leave a lot empty because the current regulations are assumed to be perfect.

The Atlantic Cities recently ran a story about absurd parking minimums for schools in Mesa. They provided a cool chart which shows that Fresno is in line with cities like Dallas and Phoenix. Nothing to be proud of, but could be much worse. At least we’re not Mesa.

In June of 2012 I wrote on how Blackbeards, home to a go-kart example, would be the first location in the city to get public EV charging stations.

In January of this year, I noted that it still hadn’t been built

As of August…..still nothing. The solar umbrellas were about 25% done last time I was there.