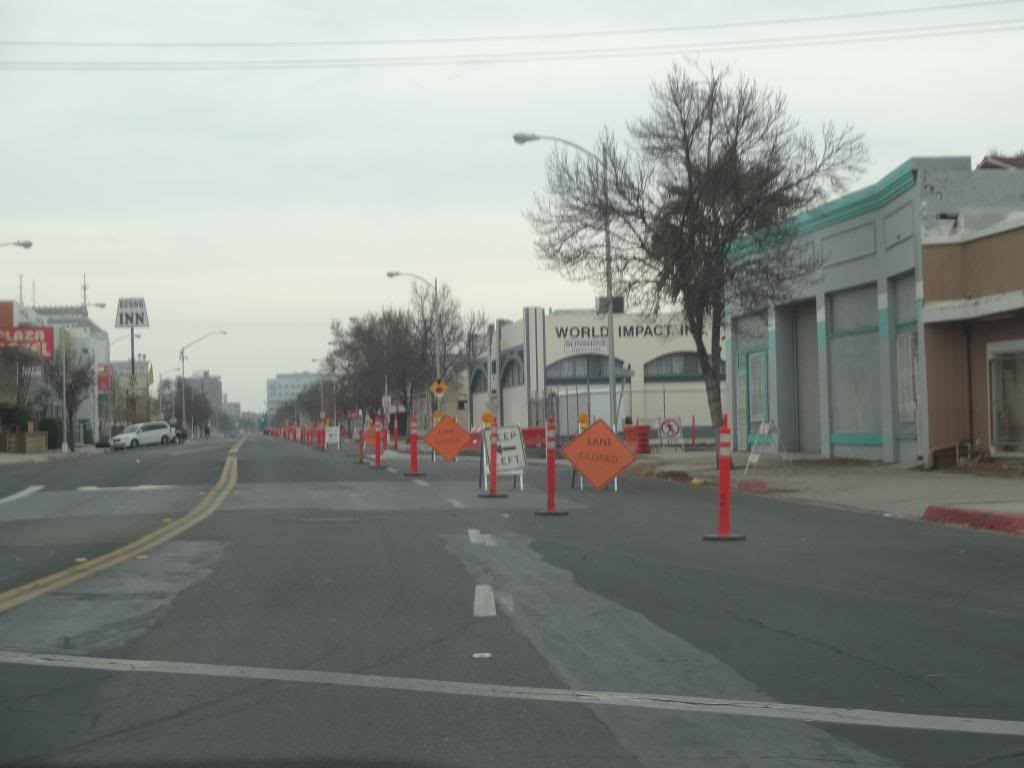 And here is what the construction looked like in January of this year:

Not much going on at this GV Urban project, where we parked to take pictures

Did a walk around the block. Nothing much of note, except this fun sign

Supposedly, this project is to help pedestrians, but there were ZERO ped accommodations for construction. “Sidewalk closed” ….. on all four corners at some intersections.

Looking south. I was told streets generate commerce and business? And yet one can stand here all day…

As I said, no temporary accommodation for peds. If you’re in a wheelchair, you’re screwed….and so if Fresno if they get sued.

And a frequent topic of conversation on this blog…

Looking back at Broadway

I do not believe that this is open weeknights.

I’m very disappointed with the ramp choice. Look how narrow the walkways are, just the bare minimum. Forget about walking next to someone.

And as I’ve mentioned before, going with pull-in parking was a huge mistake

It doesn’t appear that any accommodations for the bus stops are being included?

And back to the GV Urban lot

Hope you all enjoyed the pictures. This project should wrap up soon, and provide plenty of free parking for those using the Rainbow Ballroom.

Bonus: I was asked about the First 5 Fresno construction by the library. Taken the same day.