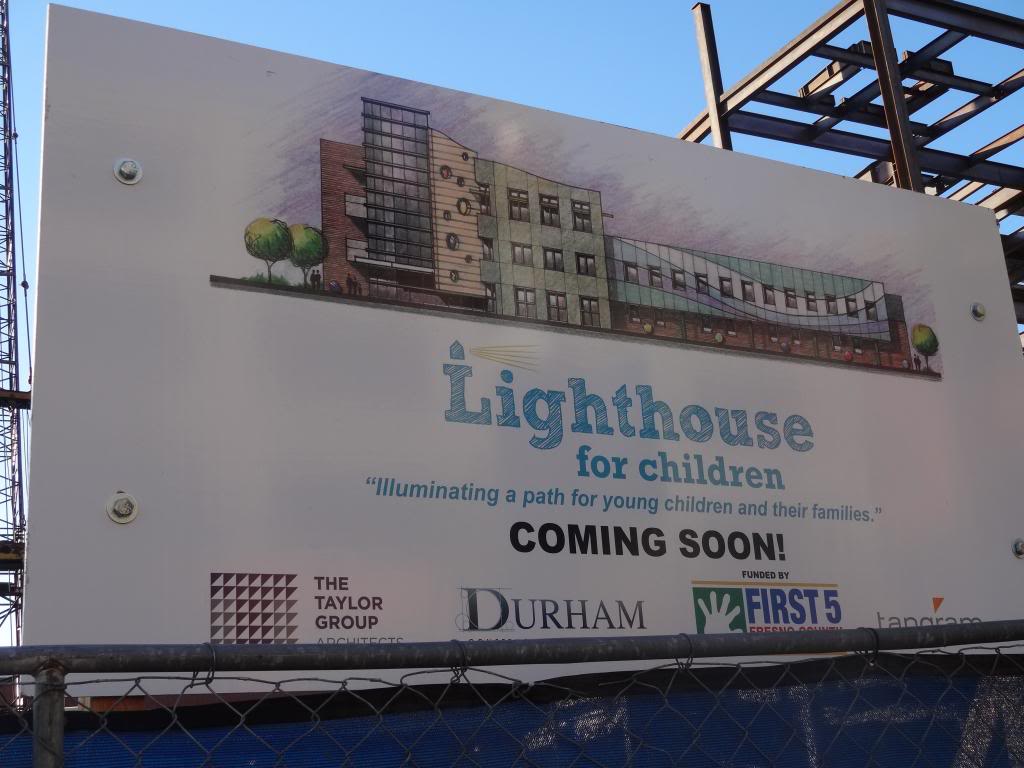 Part of the reason construction is moving so fast is because there’s nothing underground. Let’s take a look. Pictures taken as a full loop around the project.

From the library side of the block

They will have surface parking in the back, adjacent to the library lot

Like all Fresno projects, no accommodations for sidewalk users

I swear it wasn’t me who knocked down their fences! I was surprised how little was going on at the ground level. I don’t even see where elevators go.

And nearby, work is underway on a street. Don’t know if it’s just basic work or anything interesting.