What do you call 30,000 homes being developed outside a city boundary on farmland?

This is what Norm Allinder, Madera County planning director thinks, according to a new article from the Fresno Bee:

“This doesn’t perpetuate the legacy
of sprawl,” he said. “Gunner Ranch is contiguous; it’s a logical
expansion for urban development.”

The yellow star is the area he is talking about, in relation to the clearly identifiable City of Fresno.

And this is what they’re planning there:

The
Rio Mesa Area Plan will result in more than 30,000 homes when built out
over 30 years. About 18,000 homes have county approval. The contiguous
communities could incorporate to create a new Madera County city that
could dwarf the city of Madera and have a population greater than Madera
County’s current population of 150,000.

At Riverstone, McCaffrey Homes will build homes on 5,500-square-foot
lots and 7,700-square-foot lots. Jones said a contract for a second
builder for the first phase has not been finalized.

6,600 homes, starting off with 5,500 square foot lots, just off the highway, and surrounded with nothing but farmland.

Sprawl? Of course not, the planning director says so!

Of course! Just look at all the places one can go without an automobile! 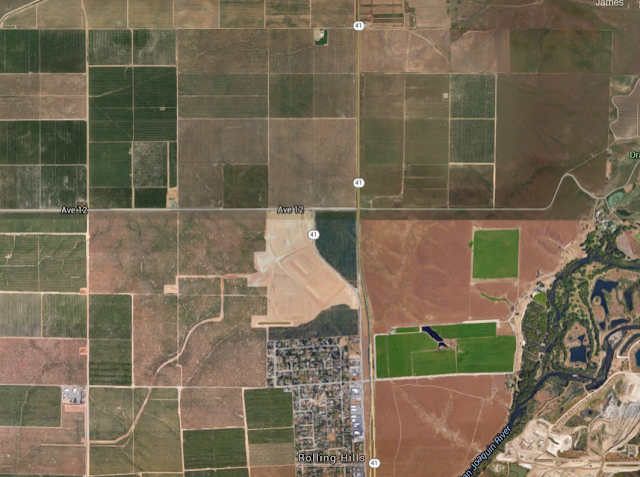 Now, hold on a second. Sure, one will need a car to access jobs, schools, supermarkets, restaurants, bars, and anything else you’d want, but maybe there’s something we’re missing here?

The new Madera County developments will be cutting edge, meeting and
exceeding the best projects in Fresno County, including the Clovis
master-planned communities of Harlan Ranch and Loma Vista, Allinder
said.

Let’s take a look at the site plan! 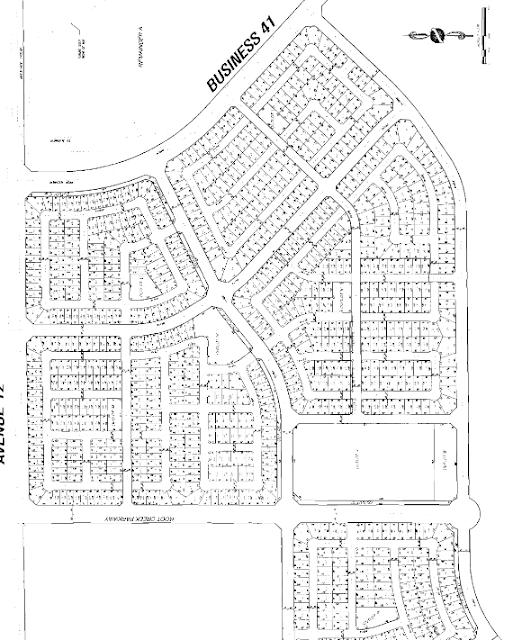 Single family homes, set inside winding, dead-end streets, all leading to larger arterials which in turn direct one to a state highway.

The future has truly arrived in Madera County.

Did you just get the feeling that you’ve read this before? I sure did when writing it.

We must be thinking of a post I put together almost exactly a year ago:

Am I repeating myself and rehashing old news?

Here’s a map showing their relationship: 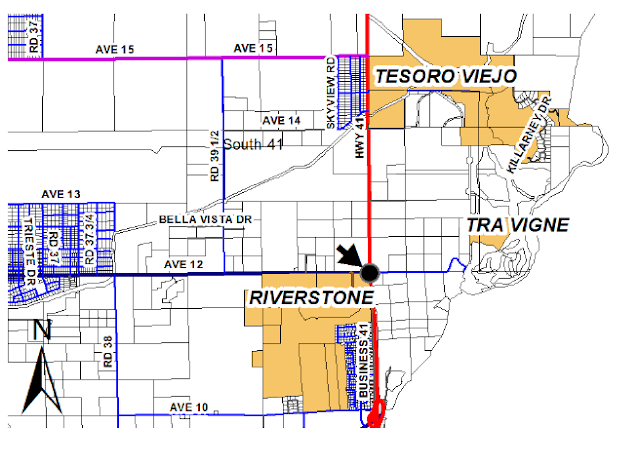 Sigh. Continuing on then.

Considering these new development are surrounded by zero infrastructure, and aside from a gas station, all the shops, jobs, schools and restaurants are in Fresno, one would think Fresno County would be concerned. Every single resident moving in here will shortly be clogging the CA-41 off-ramps onto Friant and Herndon for all their daily needs.

Fresno County Supervisor Henry R. Perea said that Fresno and Fresno County benefited from the housing boom for
much of the past 50 to 60 years. And, in the short term, Fresno County
will benefit from new homes just over the border, he said.

Residents in the new Madera County subdivisions will spend money in
Fresno, and the city doesn’t have the burden of paying for
infrastructure and other needs caused by the population of the new
developments.

“Many of those folks will drive into Fresno County for jobs and shopping, and we will probably benefit,” he said.

There is literally one, and only one road from these developments to anything and everything, and that’s CA-41. Every new resident in this development means a car on CA-41 trying to get off at one of these off-ramps to reach essential services like a neighborhood supermarket. 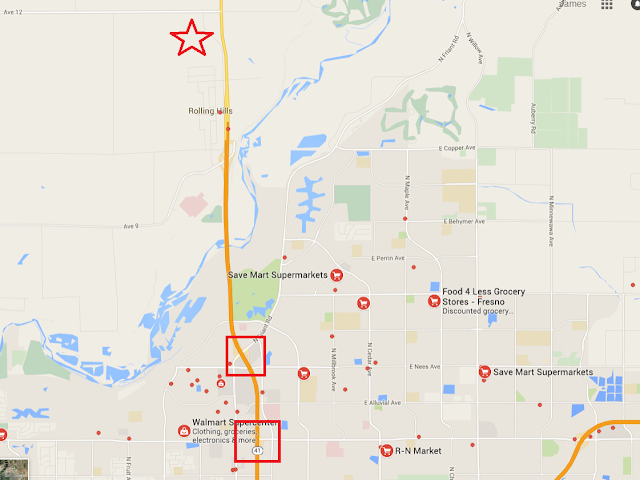 Norm Allinder fights back at these allegations of new vehicle miles traveled and congestion.

Eventually, vehicle miles traveled will drop substantially because
many residents will work at Children’s Hospital and the Riverpark office
complexes down the road. Riverstone also will contain its own business
district and other developments will have zoning for commercial and
office space.

Yes, because that’s how sprawl works. LA doesn’t have traffic because everybody works immediately adjacent to their home!

In Norm’s mind, people ALWAYS live adjacent to where they work. Housing development near hospital? Only doctors will live there! Downtown job? Live downtown! Work a part-time job at 7-11? You’ll live a block away!

In their magic little world, this is what commuting patterns look like, green being the housing areas, red being commercial: 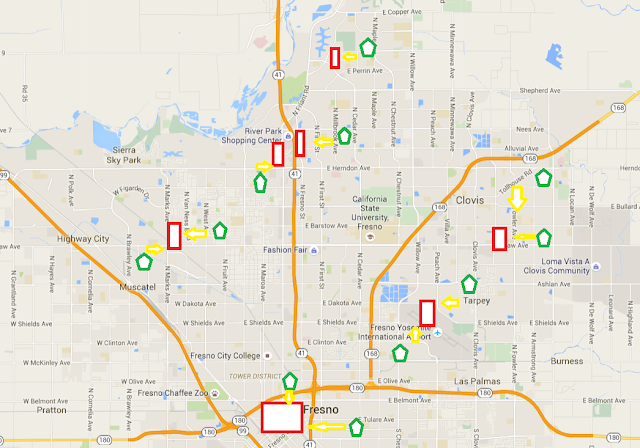 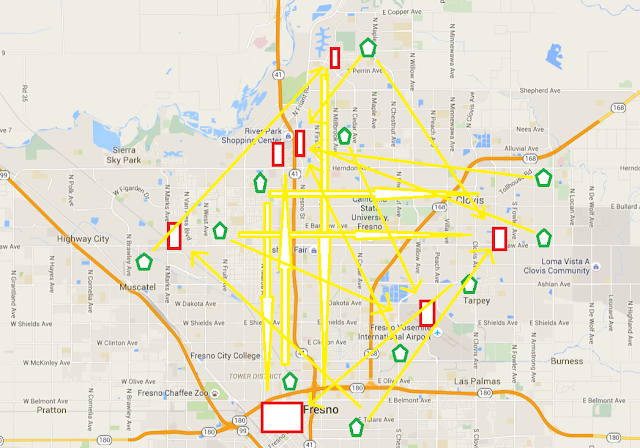 That’s how you get congestion. That’s how you find yourself in a situation like Los Angeles or Houston where it’s not uncommon to run into a traffic jam at 11pm.

In Norm’s world, every house has one worker, who works 40 years at the same job, meaning he can locate within an easy, predictable, commute.

In the real world, one house can have 4 workers all going to vastly different jobs, in vastly different places. Further, the new gas station with a minimum wage clerk position is not going to be staffed by the person who moves into the brand new 7,000 square foot lot next door. That resident will probably work an established job a 30 minute drive away. And because the gas station isn’t near any transit, the new clerk will also be driving 30 minutes from their home in South Fresno to make $10 an hour.