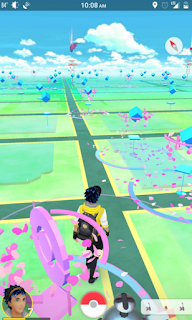 By now, you have most likely heard of Pokemon Go, a simple free-to-play phone game that has seemingly taken the country by storm. If you’re not playing it, you’ve certainly seen it mentioned on your social media feeds. If not there, then you’ve undoubtedly dodged people playing it while walking down the sidewalk. If that still doesn’t ring any bells, then perhaps the following articles do:

Based off the popular game series (that turns 20 this year!) the game is all about interacting with the real world. The company which coded the game was spun off from Google, and so the game world is based off Google Maps. That means roads, buildings, parks etc. are all where you would expect them to be.

There are two core aspects of the game that rely on real world locations. Pokestops, where you can collect free items, and Pokemon Gyms, where you battle. These locations tend to be at local points of interest. Libraries, churches, fountains, random murals, historical placards etc. And of course, you encounter Pokemon on your walks to these locations.

You don’t get to these locations virtually – the game requires you to physically arrive close to that location, preferably by walking. As such, the game experience is entirely different between those who live in dense, urban areas with tight street networks and scores of points of interest, and those who don’t.

You don’t need a Manhattan-style grid to enjoy Pokemon, but you do need density if you want to have any fun. 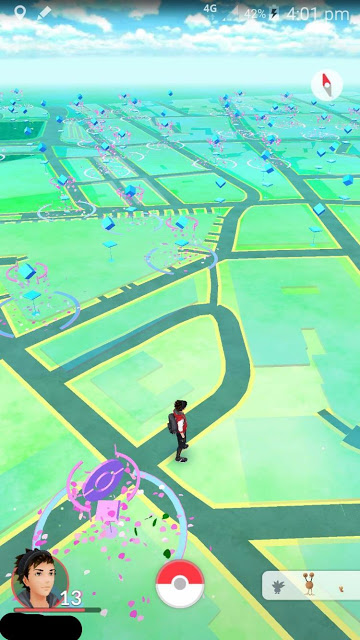 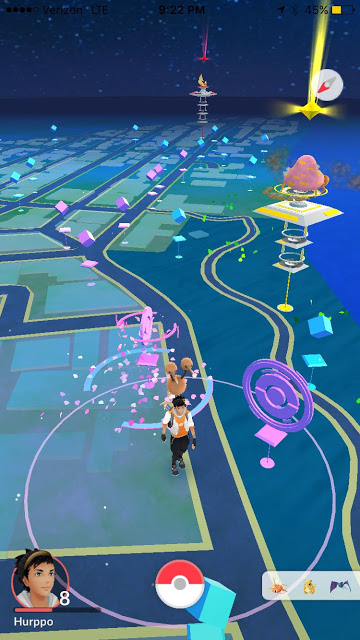 Sure, you can drive to a Pokestop, but the game encourages physically walking via the eggs, which require distance logged to hatch. Oh, and apparently that distance counter stops if you go above 10mph, so don’t even bother cheating.

Additionally, in a dense area, a 15 minute walk can have you pass by 10 different stops, 3 gyms, and 7 Pokemon encounters. In a suburb, your drive might yield one. Not so fun.


Pokemon Go is motivating millions of people to lace up their shoes and hit the streets in pursuit of Pokemon, Stops, and Gyms. I wonder how many people will be motivated into thinking about living somewhere a little more dense?

I’m not being entirely facetious here. We know media and exposure has a huge effect on people’s preferences, and that includes games. Most urban planners I know played Sim City growing up. I would wager that every current NFL player spent years playing Madden and imagining themselves in the game.

Knowing that you’re missing out on a phenomenon because of enormous spatial distance between your residential area and points of interest might have an effect. No, no one is going to pack their bags and relocate because of a cellphone game fad, but I do wonder about the long-term effects.

Maybe there’s a 16 year old out there who will be more inclined to pick an urban college to enroll in next year, thanks to their disappointment in their suburban location. Maybe there’s a 22 year old who will take a job in an urban core in in five months because she feels she’s been missing out. Will either cite Pokemon in their decision? No, but like all media influences, it might be there in the back of the mind, a seed which has been slowly growing: If you’re missing out on Pokemon, what else have you been missing?

6 Replies to “If you like Pokemon, you have a new reason to hate the suburbs”