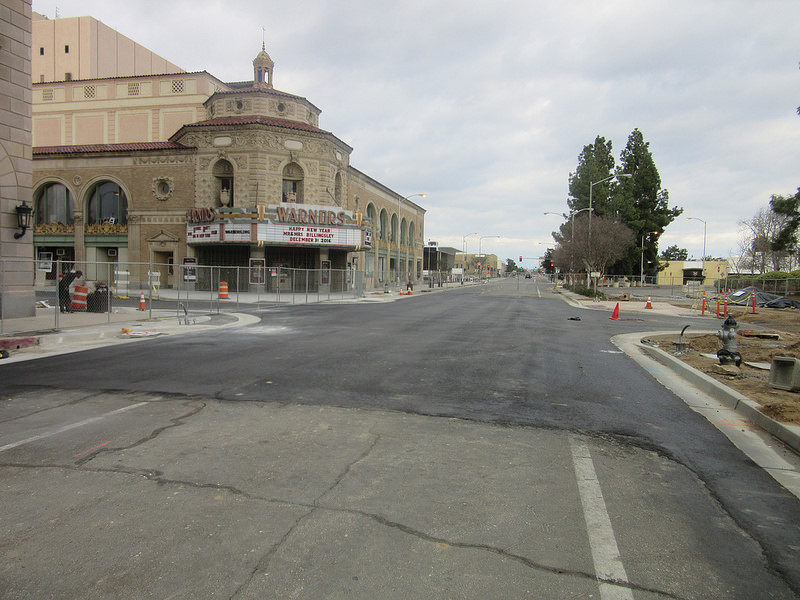 It’s been eight months since I last looked at the Fulton Mall. Back then, major construction had started in most parts, with fences everywhere. Concrete had already been poured on the parking areas at the southern end. I assumed it would be mostly done by now, but not even close. Let’s take a look at the current status (current as of last week).

Note: Pictures taken on New Years Day, so most businesses closed for the holiday, but if you look closely you’ll note many have been run out of business thanks to the abysmal construction staging. Also, please let me know if you have trouble viewing the image. As google has killed Picassa, which was integrated with Blogger, I have moved to Flickr.  Click to read more!