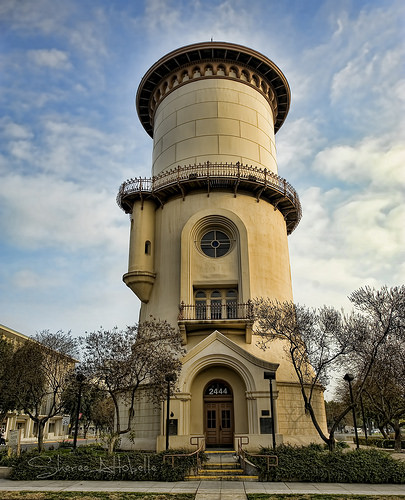 Oh, and the last two cities were last because they failed to respond to the survey.

The 2016 ParkScore Index, published Thursday by the Trust for Public Land in Washington, D.C., shows that Fort Wayne, Ind., crept into the bottom spot below Fresno at 98th. This was the first year that Fort Wayne has been included in the ParkScore survey. Gilbert, Ariz., and Laredo, Texas, were unranked this year because they didn’t provide data on their municipal park systems to the Trust for Public Land.
Fresno Bee

With that context, it’s important to pay attention was the city is looking to spend money on a new park, especially in a part of the city that is severely lacking.

Located in downtown Fresno, Eaton Plaza is known for the historic water tower, a local landmark that shows up on t-shirts, magnets, and other tourism merchandise. No longer used as a water tower, the building is now home to a visitor center, welcoming tourists from around the world. 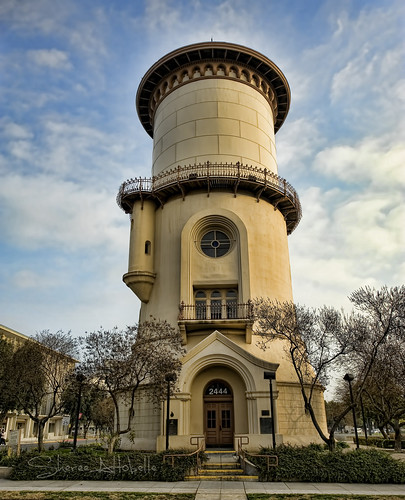 And in typical Fresno fashion, the welcome is mostly in the form of a parking lot. 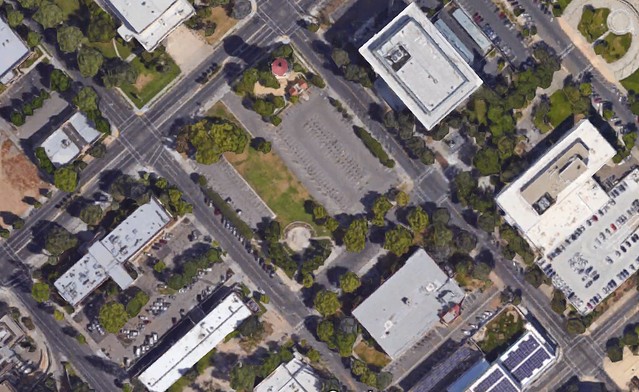 However in 2004, an effort was funded to plan for a new Eaton Plaza.

MPA Design worked through an extensive public participation process to develop a Master Plan that would transform the park, which had previously been used for surface parking, into a dynamic urban plaza. After conducting a series of meetings and public questionnaires, MPA prepared several Master Plan schemes and cost estimates that were then considered by community and government stakeholders. In summer 2004, a plan was selected by the community and approved by the City Council and in spring 2006, the phase one amphitheater opened to the public. The central plaza serves as a community focal point and meeting place as well as a venue for festivals. Other design elements include a participatory fountain, tree groves, and a view of the existing historic water tower.
MPA Design

The idea would be to transform the barren parking area into the kind of urban oasis expected in civic centers. The process involved the community and was approved unanimously for the council. Money was kicked in for phase 1, a small amphitheater. 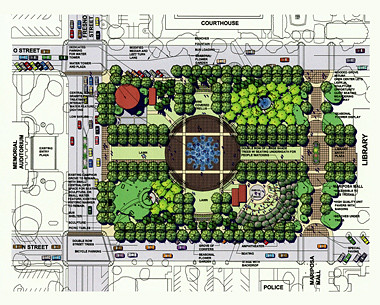 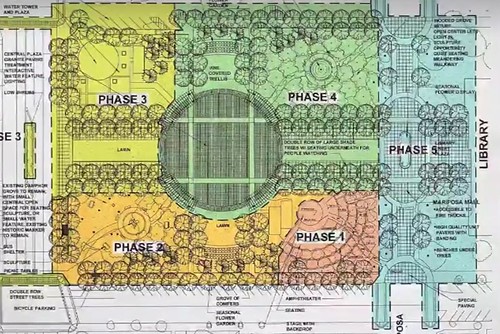 Then the great recession hit, Fresno ran out of money, funding for parks was slashed to the bare minimum, and 10 years passed.

The city of Fresno appears poised to build a couple of basketball courts in downtown Fresno’s Eaton Plaza, shoehorned between a pair of asphalt parking lots near an amphitheater and the city’s historic water tower.
Fresno Bee 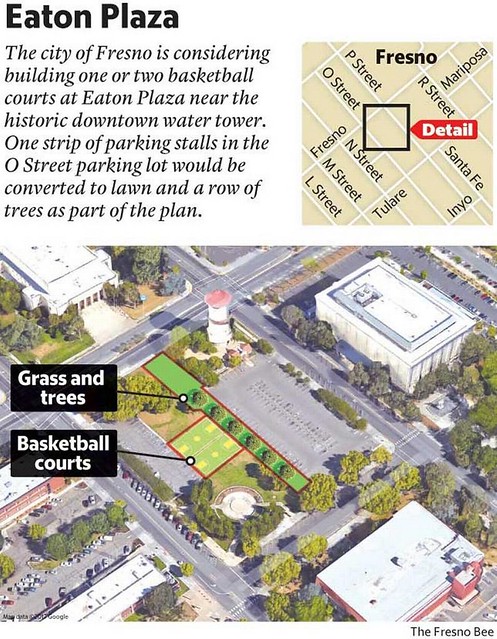 City Manager Bruce Rudd said installing basketball courts would provide a greater opportunity for the plaza to be used by residents – including recreational potential for the Fresno Police Department’s Police Athletic League. “This is trying to repurpose some green space that is woefully underused right now,” Rudd said.

Oddly enough Bruce, it appears that the original plan has a lot more green space than two basketball courts and a landscape strip. Even odder is that this new proposal looks to pave over existing green space, rather than the parking area. And while that green space is not well maintained, it does get used:

The existing lawn area at the plaza is used by the Fresno Arts Council during the spring, summer and fall for occasional food truck events, and the city’s parks department offers free movie nights during the summer.

Now, there’s plenty of fair discussion to be had comparing the benefits of a passive park space to an active park space, but isn’t that the kind of discussion that happened during the master plan process? That stands quite in contrast to the current methodology, which has involved zero public input. It almost seems like the folks at the police department mentioned they’d like some basketball courts nearby (they’re across the street), and the city manager said “sure.”

What’s the point of going through an extensive and expensive public planning process if the city manager can one day decide he wants to do something completely different, without any valid justification?

It certainly reflects something you’d expect to see in a small town, not a city of half a million.

And going back to the debates of passive vs active recreation, the following questions are raised:

What’s the expected usage of basketball courts vs a plaza?

In an area surrounded by civic uses – library, courthouse, city hall, police department etc. – isn’t a plaza more likely to be used than a basketball court?

If courts are in high demand, why weren’t they incorporated into the just-opened Cultural Arts District Park, which is adjacent to several apartment buildings?

What will the effects be of paving over green space in regards to water runoff and heat island effects?

What will happen to the events which currently use the green space for the public?

Whose idea was this?

Why has the public been excluded from the planning process?

Personally, I love parks. I think active recreation opportunities are incredibly important, for their health benefits, and also the ability to build communities.

But passive recreation space is important as well, especially in a downtown flooded with surface parking lots and limited green space. Not to mention that Fresno’s premiere linear park – The Fulton Mall – was recently paved over to create parking. Paving over more green space to benefit a small special interest group, while throwing away the wishes of the general public is insane.

5 Replies to “What should happen with Fresno’s Eaton Plaza?”