Where did June go? This month blew past me. I have about 4 posts in various stages of completion, but I have some unfortunate news to share first:

This blog has been around for a few years, and when I started, the best solution to hosting images online was Photobucket. Back in the day, it was the standard. This blog uses a lot of images, so that’s a pretty significant thing to note.
That is now a problem.


Embedding images on a website or in a forum post is a very common practice, with those images usually living on one of the many well-known image hosting websites. One such host is Photobucket, but a recent change to its subscription tiers means many millions of images across the Internet are no longer going to load outside of Photobucket’s own site.

Photobucket changed its terms and conditions and removed the 3rd Party Hosting feature from the lower subscription tiers. If you want to continue using that feature then a Photobucket Plus 500 subscription is required. It costs $39.99 per month or $399 per year.

Not only is that very expensive, it means existing Photobucket accounts on lower subscriptions tiers will have any embedded images they’ve created in the past cease to work. Considering Photobucket has been around since 2003 and hosts over 10 billion images, that’s potentially millions of embedded images across the Internet being broken thanks to a policy change. Here’s just one example of how this change impacts a forum thread.

The worst part of this debacle, according to Ghacks.net, is the fact Photobucket users were apparently given no warning of the change. The subscription features simply changed, and images stopped loading without explanation.

That really, really sucks. In fact, I have 4 tabs open that if I refresh, will show dead links. 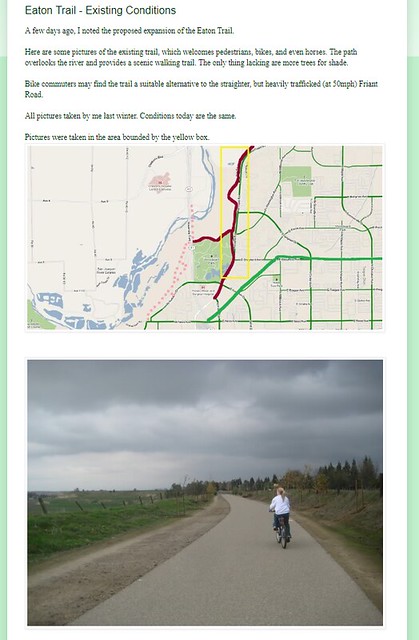 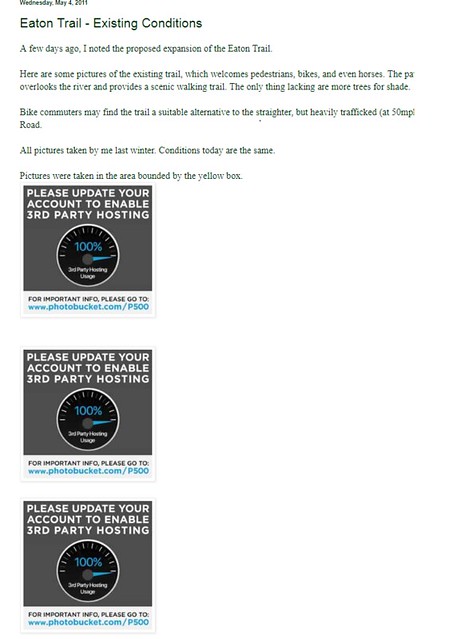 Infuriating. (Can you guess what I was writing about?)
Mind you, I have all those photos backed up in multiple places, but having them display again in the correct posts would require paying a ridiculous sum, or manually re-uploading and linking five years worth of posts.

And it’s not just me. There are forums, webpages, and blogs around the internet that are now packed to the brim with useless information. Many times, the best research comes from finding some chap in a forum somewhere posting exactly what you were looking for. Imagine coming across someone describing exactly what you wanted to know, only to be met by an image trying to get the original poster to pony up $399 a year.

This won’t affect recent posts. After a few years, they did a horrible site redesign, and I started using Picassa, which was owned by Google, and so integrated with Blogger. Well, Google killed Picassa, so I migrated to Flickr.
It is really scary how much of the internet depends on these corporations following through year after year. Just like that, they can pull the plug, rendering billions of pages useless.

Happy 4th of July to you too Photobucket.

6 Replies to “Photobucket just broke years of my posts”