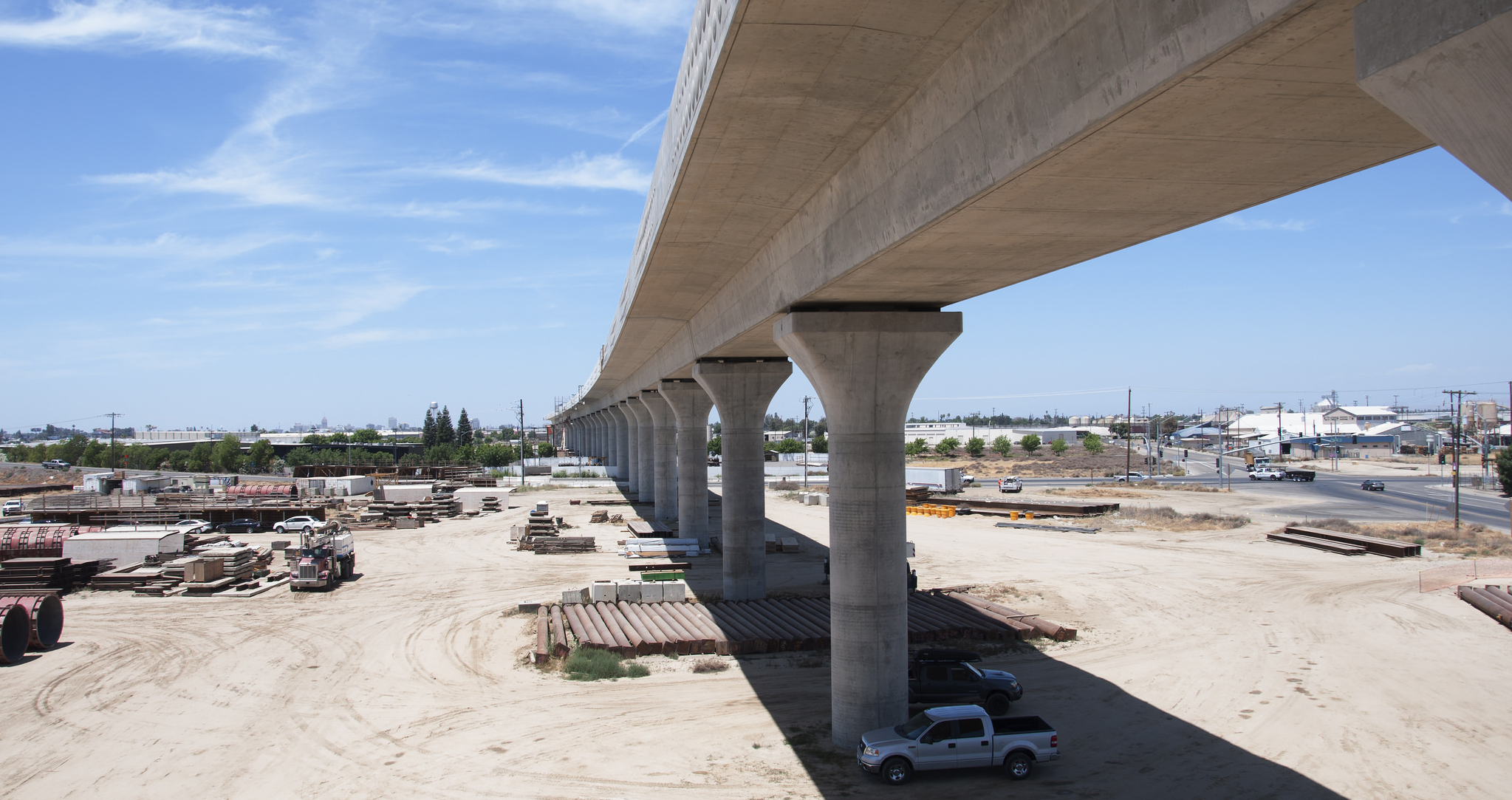 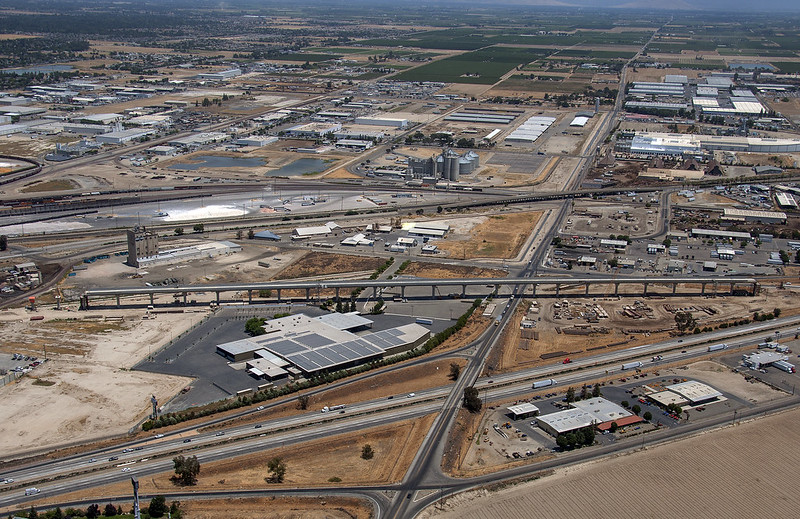 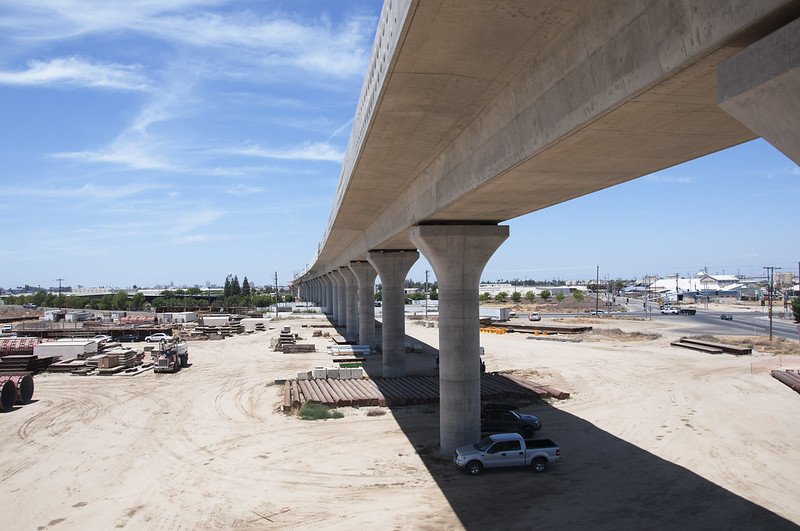 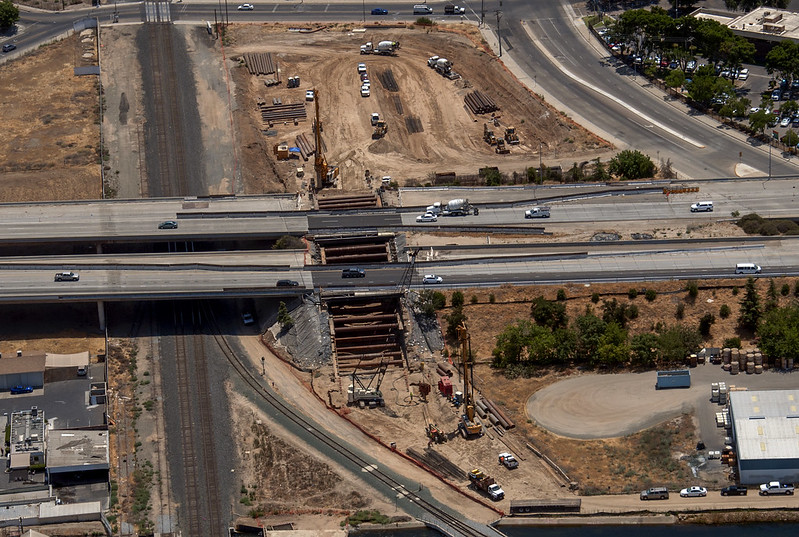 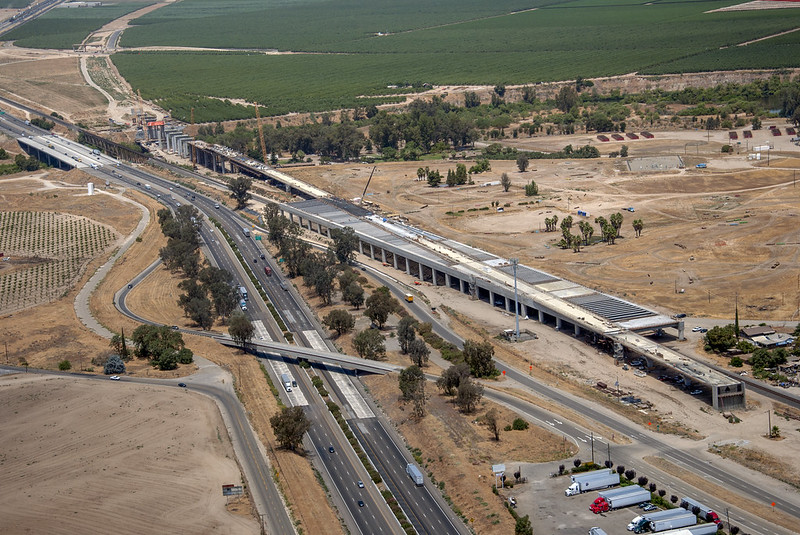 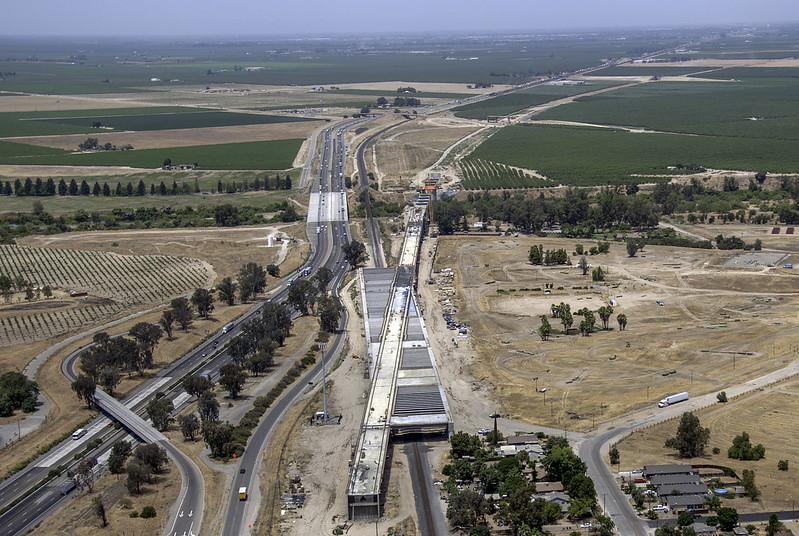 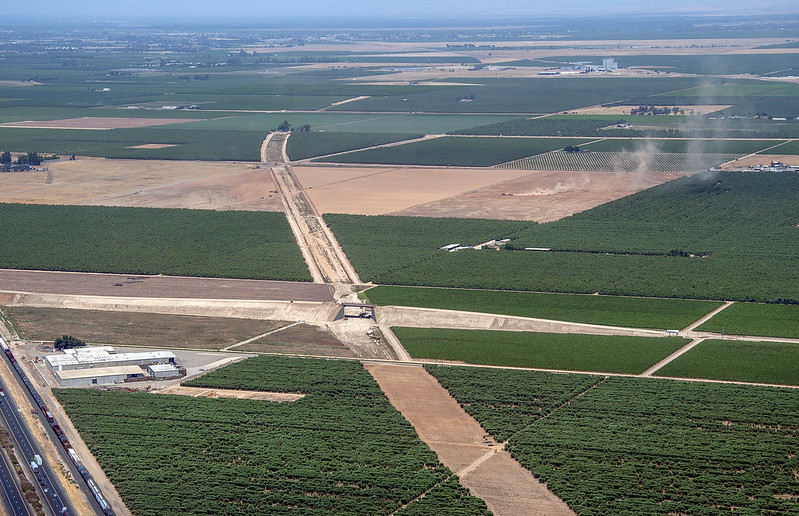 I’m hoping that in 2019, we see these various construction sites linked up with rails and walls. I think that once that happens, the project will really seem to be real, even though we know train service is still far away. Click to read more!

One such proposal I’ve seen a lot about involves a big increase in rail service in the northern part of the San Joaquin Valley including shifting the Amtrak San Joaquin over to a completely separate rail line into Sacramento, adding a bunch of stations, and increasing service. Cool stuff, but it’ll never happen, right? Click to read more! 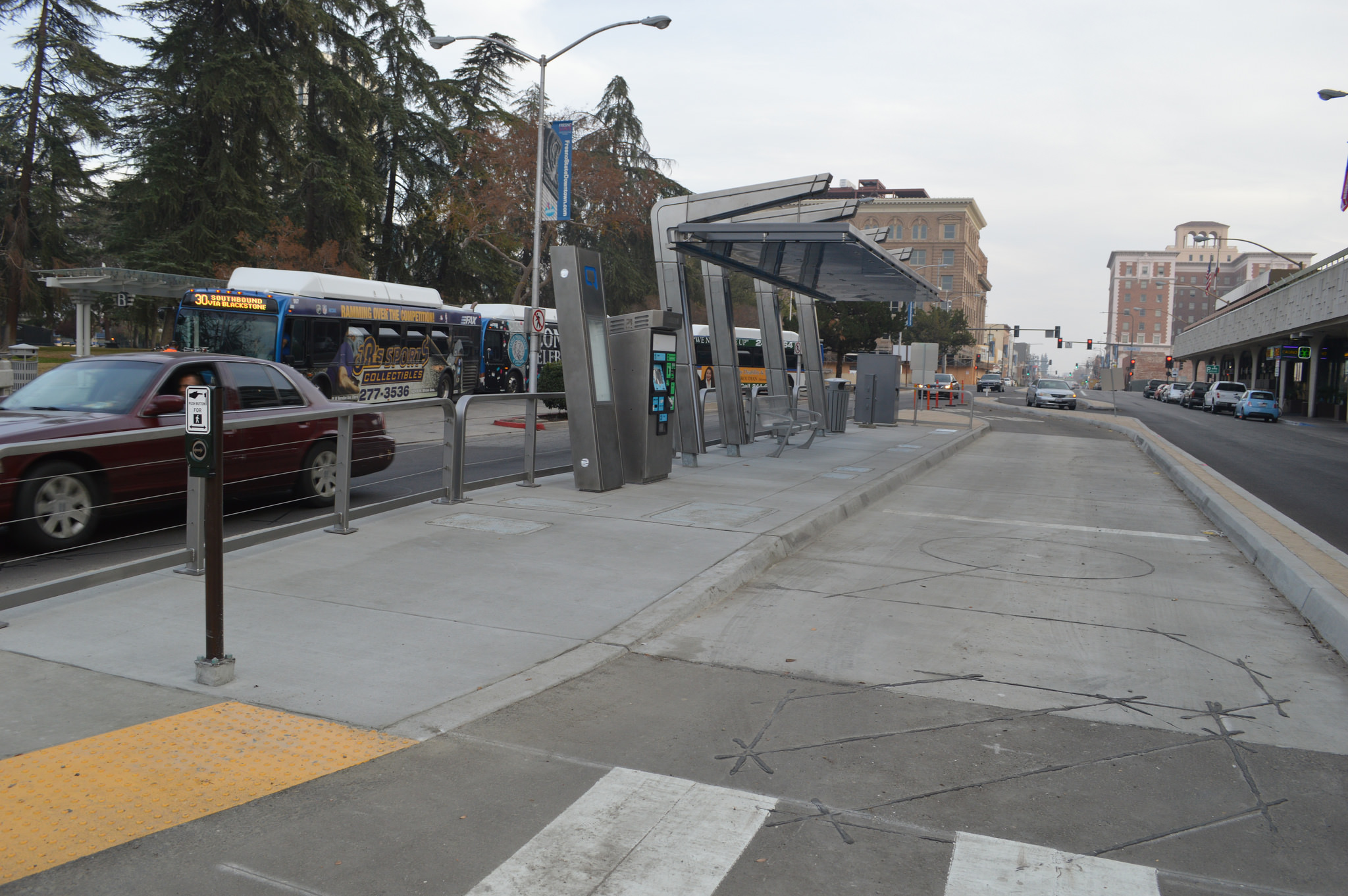 First a reminder. Here is what Fresno bus ridership looked like for ten years, from July 2008 to October 2017. Pretty scary. You can read my full analysis here. Click to read more! 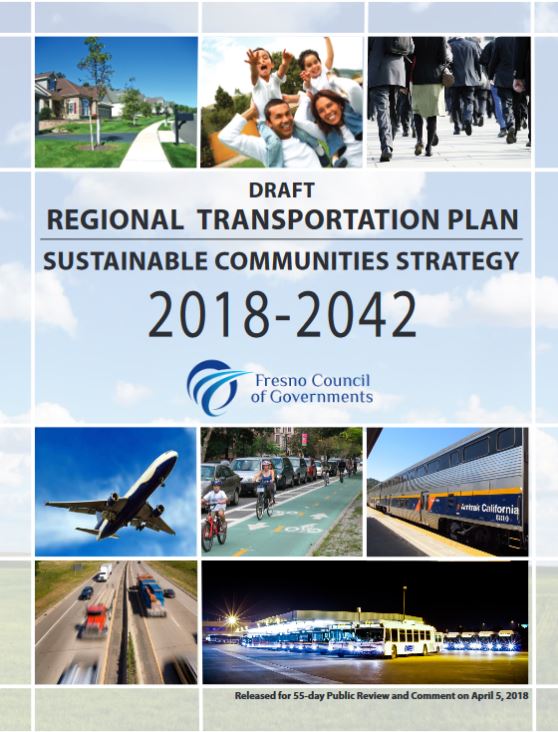 The Fresno Council of Governments (COGs) is the Metropolitan Planning Organization (MPO) for the Fresno area. Basically, their job is to ensure planning is done on a regional basis, rather than a city-by-city basis. Or in their words:

The Fresno Council of Governments (Fresno COG) is a consensus builder, developing acceptable programs and solutions to issues that do not respect political boundaries. Fresno COG is a voluntary association of local governments, one of California’s 38 regional planning agencies, and one of 500+ nationwide. In 1967 elected officials of Fresno County and its incorporated cities informally created the agency, formalizing Fresno COG in 1969 through a Joint Powers Agreement. Fresno COG undertakes comprehensive regional planning with an emphasis on transportation, provides citizens an opportunity to be involved in the planning process, and supplies technical services to its members. Click to read more!

The Amtrak San Joaquin line, running from Bakersfield to Sacramento and Oakland, is operated by the San Joaquin Joint Powers Authority (SJJPA). This local operation means we get a good amount of info on their upcoming plans. Recently, they released a draft of their new business plan. Additionally, they have a public meeting later this week. Here is a summary of what is coming up:

The early morning express, from Fresno to Sacramento launches on May 7. Trains will arrive in Sacramento at 7:41am. I talk about the schedule in this post.

As part of that project, which is aimed at attracting day-trippers and business travelers, parking is being expanded at various stations: Click to read more!

I’m not a fan of flashy “silver bullet” projects that promise to revitalize depressed areas. Most recently, Fresno promised that removing the Fulton Mall and turning it into Fulton Street would revitalize the area. That hasn’t happened. Fifteen years ago, Chukchansi Park was sold with the same promise. Build a new stadium,, and people will come downtown to watch AAA baseball!

Well, sort of. People do go to the stadium to attend events and Grizzlies games. But they drive in, park across the street, watch the event, and then drive away ASAP.

That shouldn’t have come as a surprise, for a number of reasons. Click to read more! 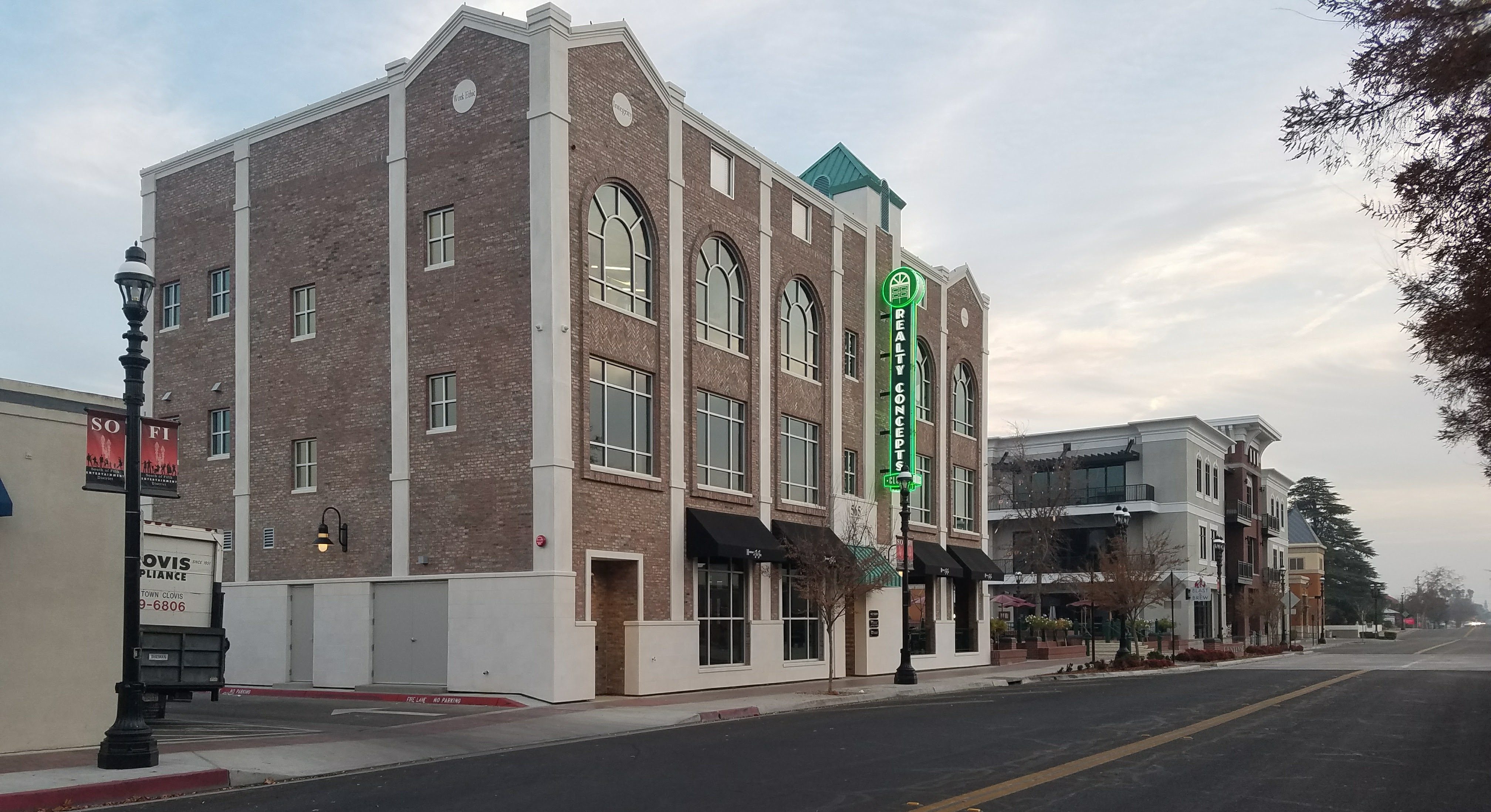 All the changes at FAX took my attention last month, but now I finally have time to post my latest update on the changes going on in Old Town Clovis!

We start in the center, which is the area surrounding the new Centennial Plaza. Construction here is all done, and the new new buildings and plaza are looking good.

For reference, this is what the area looked like in 2011, according to Google Streetview: 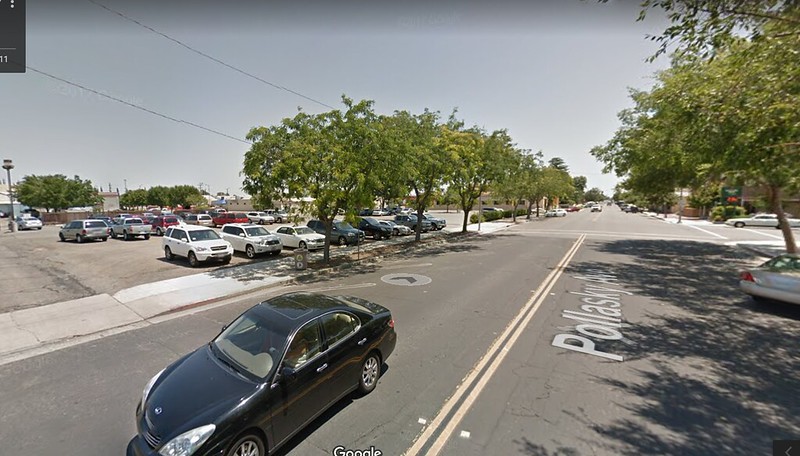 And after the plaza was built, but before the buildings went up: 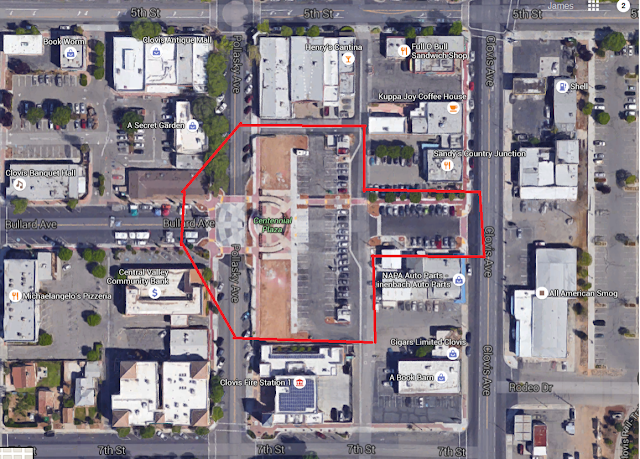 Here’s what we have now: 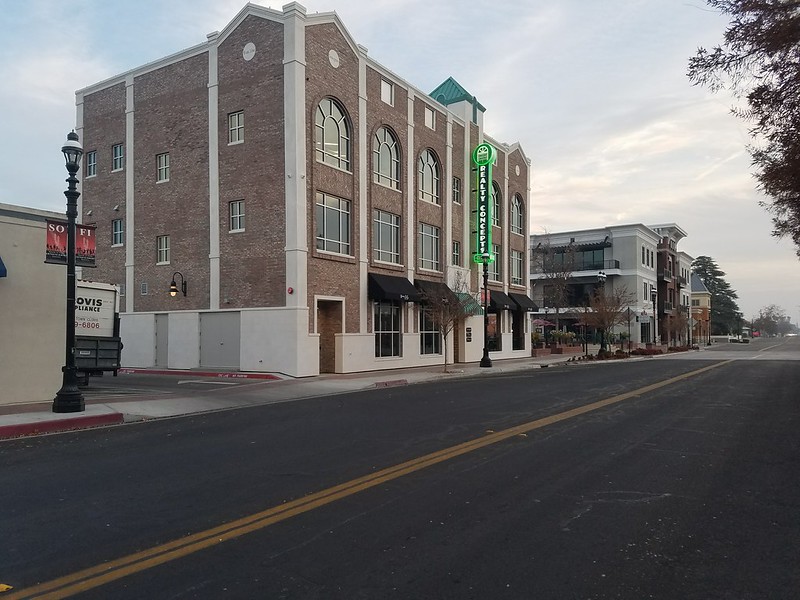 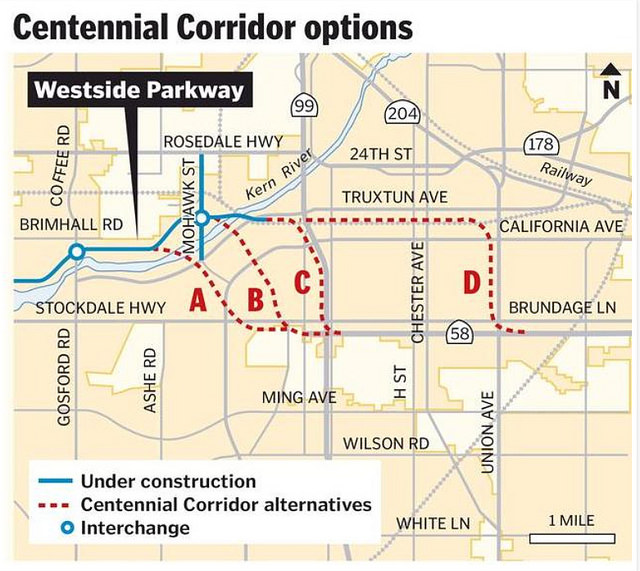 A few years ago, I made a post about how Bakersfield was planning to bulldoze a neighborhood to build yet another freeway. I am rarely in Bakersfield, so in those 5 years, I didn’t really follow the project, aside from knowing it was chugging along. (I actually did stop in Bakersfield in August for dinner, coming back from Six Flags, but didn’t explore). Usually, big infrastructure projects take years to happen. At the time, Bakersfield was looking at alternative routes. If it takes Fresno 10 years to build improved bus stops, Boston 30 years to extend a trolley route, and NYC 60 years to add a subway station, surely things in Bakersfield would move slowly. Demolishing an existing neighborhood is no small feat. Click to read more! 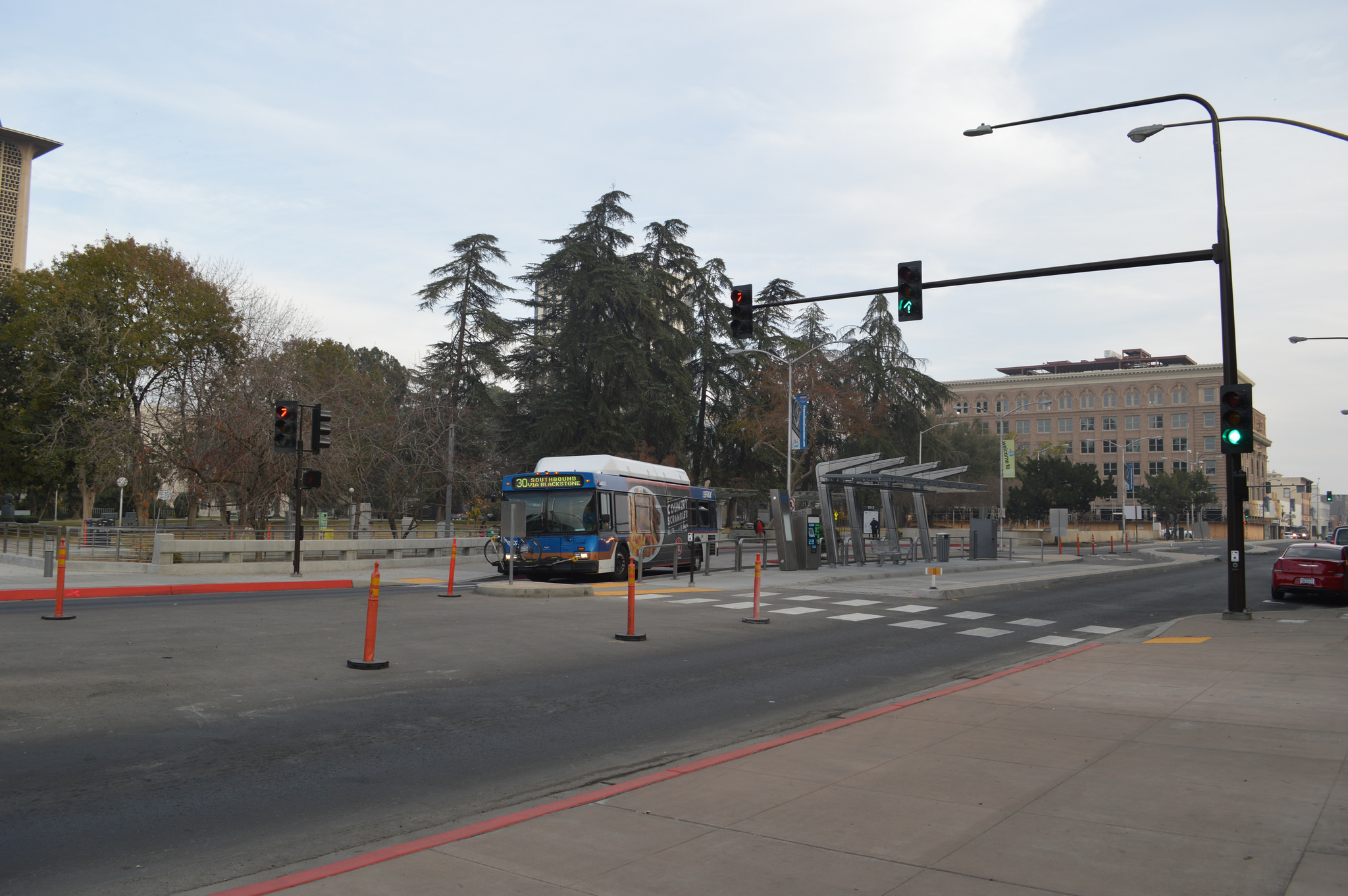 We begin with the big picture: Ridership by month on Fresno’s bus system, FAX, from July 2005 to December 2017. These numbers are for regular buses only, not including para-transit. Clovis, which operates its own system, is also not included. Click to read more!