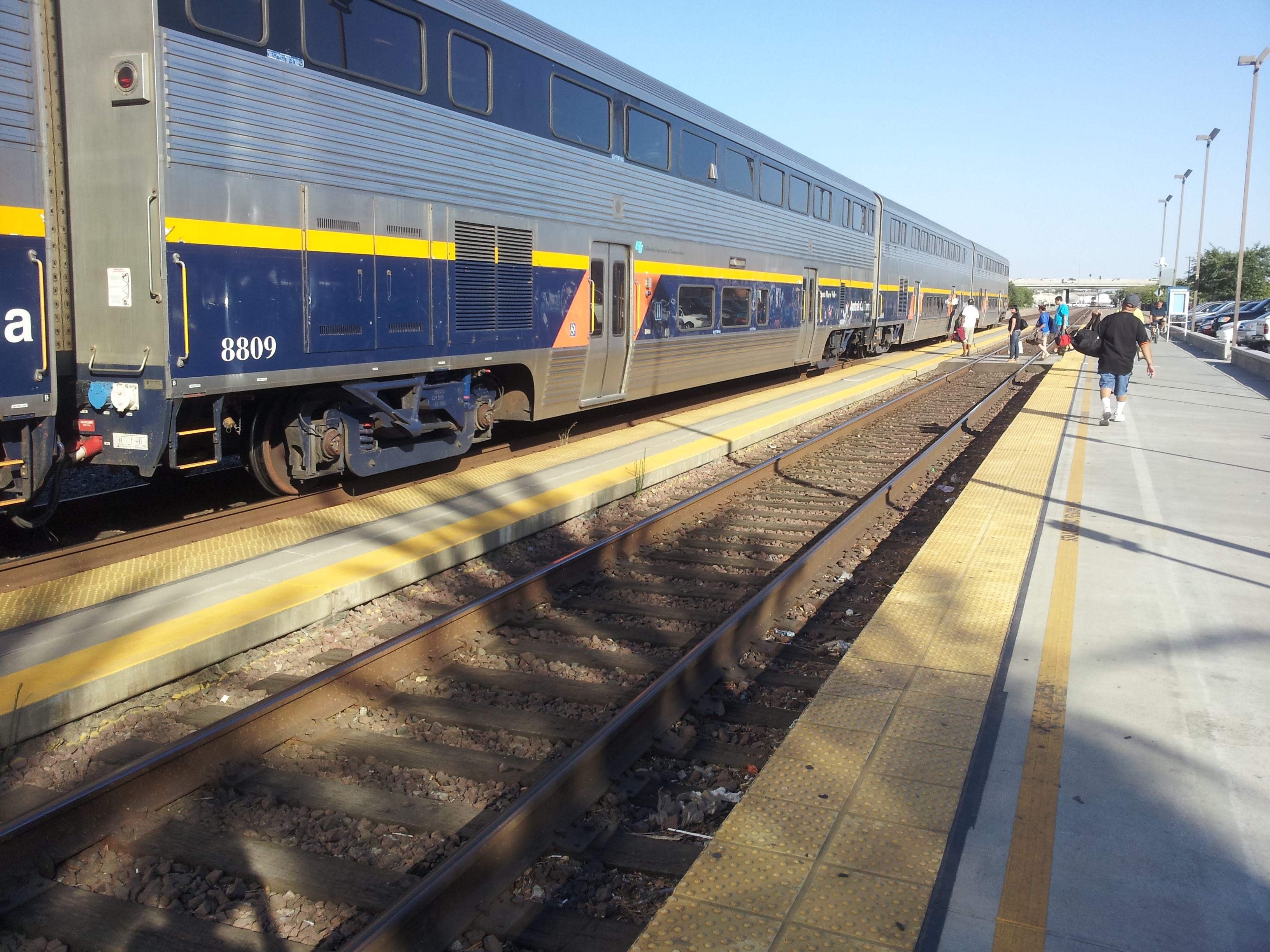 That was fast. Last April, Amtrak California decided to try something new – an early morning train from Fresno to Sacramento, timed to arrive for the start of the business day. The return train was scheduled for the early evening. The idea was to make it possible for people in the Central Valley to use Amtrak to attend a meeting or conference in the capital. However, this was not an expansion of service. Instead, cities south of Fresno lost one of their trains. The reasoning being that no one was going to board a train in Bakersfield at 3am. I talked about this change in service in November of 2017.

Unfortunately, good intentions don’t always lead to success. This past December, the morning express was removed on weekends. Starting in April, the San Joaquin line will revert to 7 daily trains running the full corridor every day.

What happened? The San Joaquin mostly attracts leisure riders, rather than business riders. On top of that, a huge portion of the ridership are folks connecting to Los Angeles. A few years ago, management of the San Joaquin was transferred from the California Department of Transportation to a “local” group. The intention was that the group had a better sense of what was going on in the area, and could recommend better service. Unfortunately, these folks are all really based in the north part of the valley. So for them, improving links to Sacramento made a whole lot of sense. The actual riders though, didn’t agree.

On top of that, the trains on the new schedule was hit by a lot of delays due to bad timing with the freight trains. On time performance was an abysmal 59.4% in August. This poor track record meant the new train was not reliable for commuters. The train topped out with an average of 62 riders per train in September, and then started falling again. With only around 40 people on the train each morning, the new early morning option was bleeding money. Other departures have been seeing 6-7 times as many boarding. The chart below shows how the morning express (dark purple) compares with the other departures. Of note, the second worst ridership is on the only other Sacramento train.

The new schedule will be a lot like the old one. They’re going back to the basics, with 7 full Bakersfield round trips. Additionally, they’re paying attention to what LA riders want. But most importantly, they want to hit financial targets.

There is one big improvement: They’re going to a train every 2 hours on the dot (aside from a missing slot in the middle). That is what they mean by a “slotted schedule”.

But there’s one big drawback: The schedules are going to show longer run times. Previously, the fastest all-train trip between Bakersfield and Oakland took 6 hours and 1 minute. The slowest took 6 hours and fifteen minutes. Now, they will all be scheduled for 6:15.

Compare the 2017 (pre-morning-express) and upcoming 2019 schedules:

Now the truth is, with an on-time record of under 60%, many of those trips scheduled to be faster than 6:15 most likely took longer. So rather than actually slow the trains down, they’re simply reflecting what is actually happening out there. It makes sense, people want to plan their day in the world of reality. For 2020, their goal is to find ways to speed the trains up. A big ask is to get all the trains under 6-hours, which would cut labor costs due to union labor rules.

What about the return trips? I know one question on many minds: Will you be able to leave the Bay Area later?

Currently, the last southbound train leaves Oakland at 5:55pm, arriving in Fresno at 9:56pm, and Bakersfield at 11:58pm.

The new last southbound train will leave Oakland at…

One of the reasons for the delay is that we’re still waiting on new trains.

The first 12 carshells are in production at Siemens Sacramento Facility and carshell #1 has passed its FAI and associated rework has been completed.  Carshell #2 has completed passivation.  #3 has begun the passivation process.  Carshell 4 has completed initial customer inspection and carshells 5 through 9.  The expansion of the Sacramento production facility is slightly delayed due to permitting issues but there is no effect on the schedule thus far.

Another goal for 2020 is to see if the morning express service would work as an actual express, that is, starting in Bakersfield and skipping many of the smaller stations on the route, like Wasco and Madera. Doing so would make the Bakersfield to Sacramento run take four and a half hours, instead of five hours and fifteen minutes. Personally, I’d rather they wait for the 9th daily run to be added before playing around again.

All this news comes from the January 25 2019 meeting of the San Joaquin Joint Powers Authority Board Meeting. You can see it for yourself by clicking on the “board packet” link on this page.