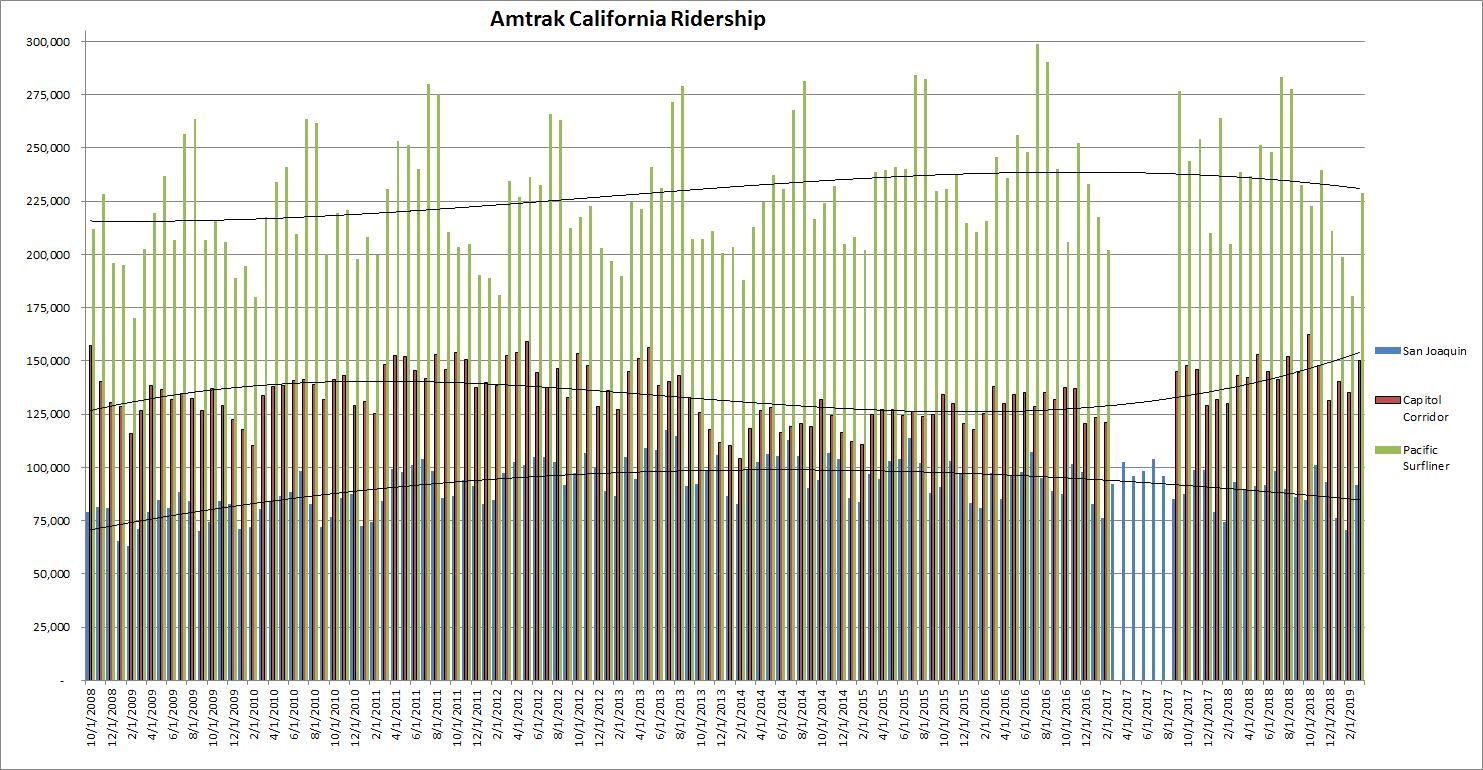 There’s a good reason for this delay. Amtrak has made the ridership numbers a lot less transparent. Instead of reporting the riders per route in an easy table, they are now reporting “year to date.” So to know the ridership in March, you need to know the ridership for the previous month, and subtract the difference. Easy enough…if those reports were on their website. Nope, they only keep the last three online. I’ve done my best to find all the reports using google and the Internet Archive, but unfortunately, I cannot find March to August 2017. On top of that, the numbers are now rounded. They also changed how they report revenue. Click to read more!