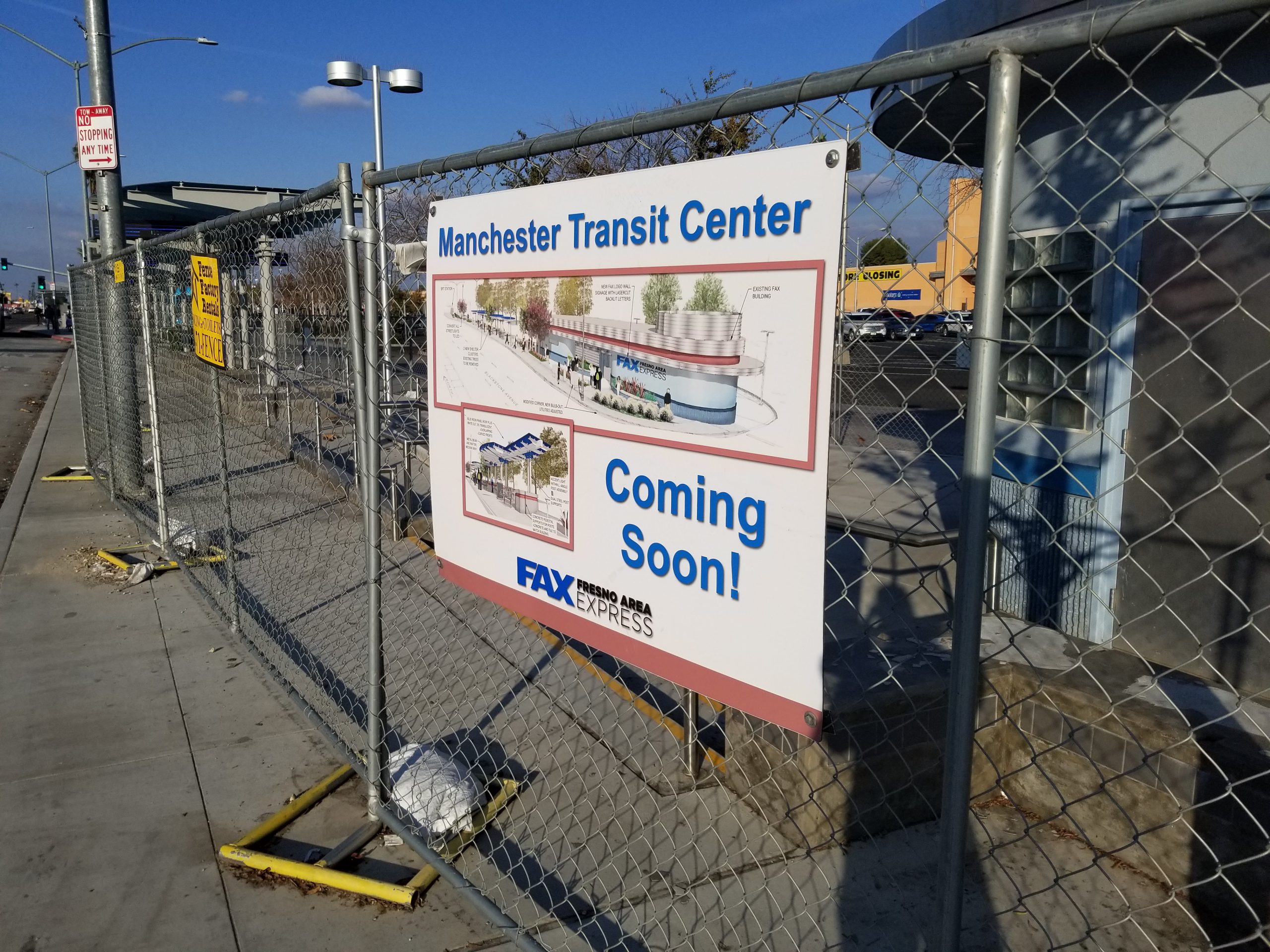 On January 9, 2017. the Manchester Transit Center closed for renovations. It has been over three years and it is still closed for remodeling.

The Manchester Transit Center is one of three spots in Fresno where multiple bus lines meet, allowing seamless transfers. Or at least that was the case, as those buses were rerouted for the “temporary” construction project.

It’s not a particularly challenging project. It’s a surface level bus stop with 6 spaces for buses to stop. There are benches. There is a light canopy. There’s a trashcan or two. The FAX office is there, which sells passes, but that was never touched, and looks hilariously outdated.

The sidewalk along Blackstone has been closed for 3 years, with no designated pedestrian detour.

They added a couple of new features, such as real time arrival screens. Screens that have been sitting out long enough to no longer work. This isn’t just a camera effect – the bottom right part is busted.

One small section is open at the end, for Route 1/Q, because that makes sense.

Sure, California High Speed Rail has been slow going, but this is a bus stop. Three years to build a bus stop.

Really shows what the city priorities are when something as basic as this can’t get done.