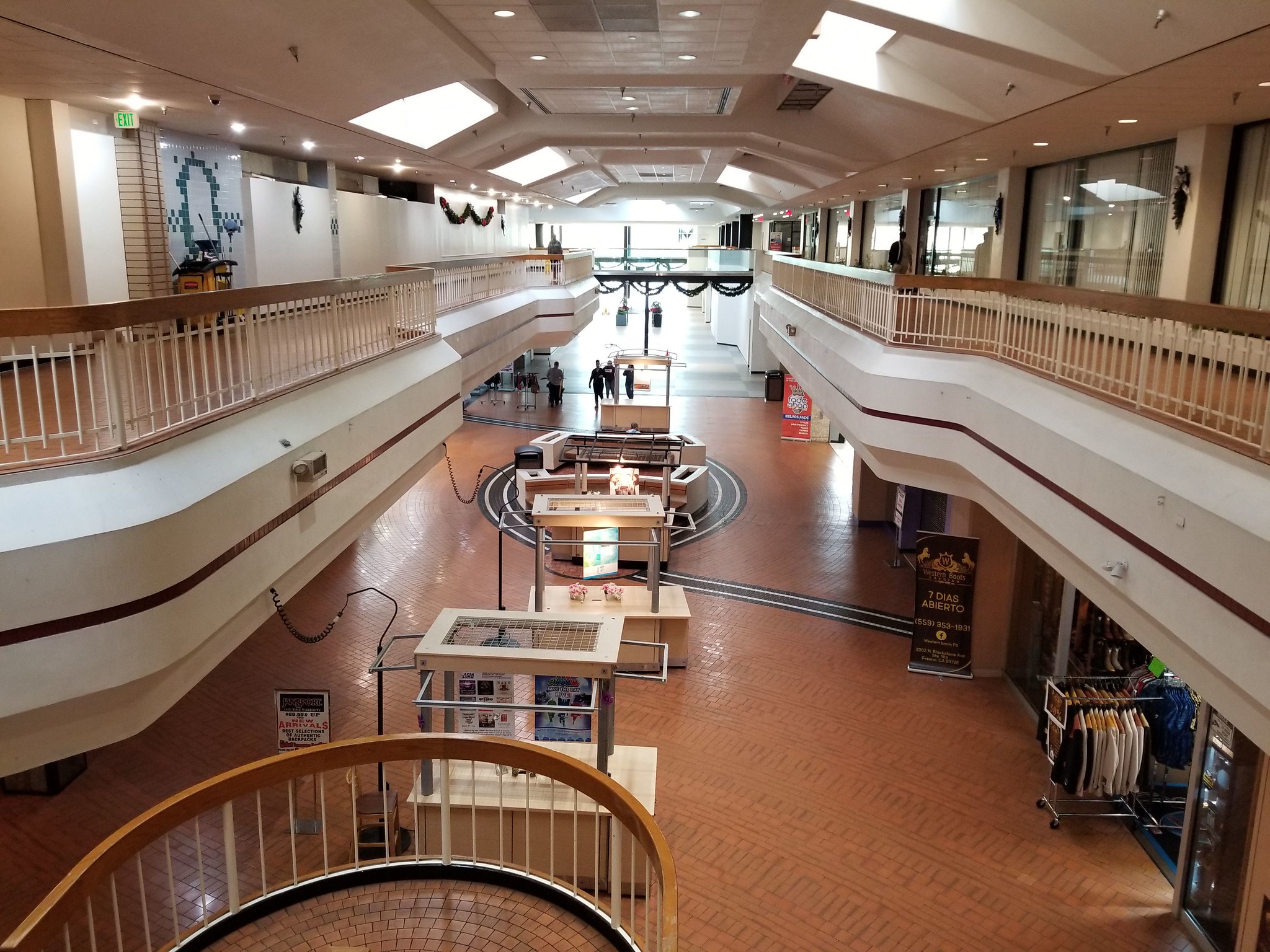 Is it really a construction update if not much construction is going on? Perhaps that’s a bit of a spoiler as I do my annual tour of what’s going on with Manchester Center. As a reminder, here are some previous posts on the topic:

The photos I’m posting today are a few weeks old, but with these timelines, who cares?

We start outside where the only real changes could be found. Ironically, all the construction has taken place at Sears – which is owned independently. That is, while the Sears building is connected to the mall, it’s not part of it. If you weren’t aware, last year Sears decided to empty out half their store and lease the space to two (or three?) other companies. This year, they decided to vacate the remaining space as well (hence the store closing signs).

Note sure what the deal is with the end part. I guess a 3rd tenant?

Looking towards the rest of the mall

Inside the Sears (it has since closed) the partition was sort of sloppy, with that ugly sheet.

I have no idea what store, in 2020, wants two floors in Fresno. Off topic, but has Fresno lost more than half of its operating escalators? Forever 21 at Fashion Fair closed their 2nd and 3rd floors too. That leaves JC Penny and the two Macys…anyone else have one? At least 2 building along Fulton Street used to have them as well.

Anyway, onto the mall…which looks the same!

No work being done at the planned outdoor plaza area

And the long-promised food hall looks the same as always. That building also used to have escalators.

Another year and we’ve lost some more neon.

The directory still suggests there’s an upstairs food court. There is not.

At least they had some Christmas spirit.

The food court was on the left, it is walled off now

And we get to the only place where any work was done. Last time I visited, you could see the work but you weren’t allow in. Now you are. But from above, it’s clear how little they did.

This section is mostly closed off, and it has deteriorated

A couple of offices remain upstairs

In the previous picture, see the staircase in the back? You cant still use it, presumably as an emergency exit. That gives you a “behind the scenes” look.

One “big improvement” is that they did fix these two escalators.

The new stuff looks perfectly fine. The problem is…everything you see in this photo is all they did. And there’s no signs of any additional work.

That’s it folks! If there was any work done for the food hall, it’s impossible to see because the windows are blacked out. But based on how the rest of the mall looks, I doubt that has changed.

I think it’s about time to call this redevelopment project a failure. The only reason to do another photo update in the future is if someone tells me that they have started up again.