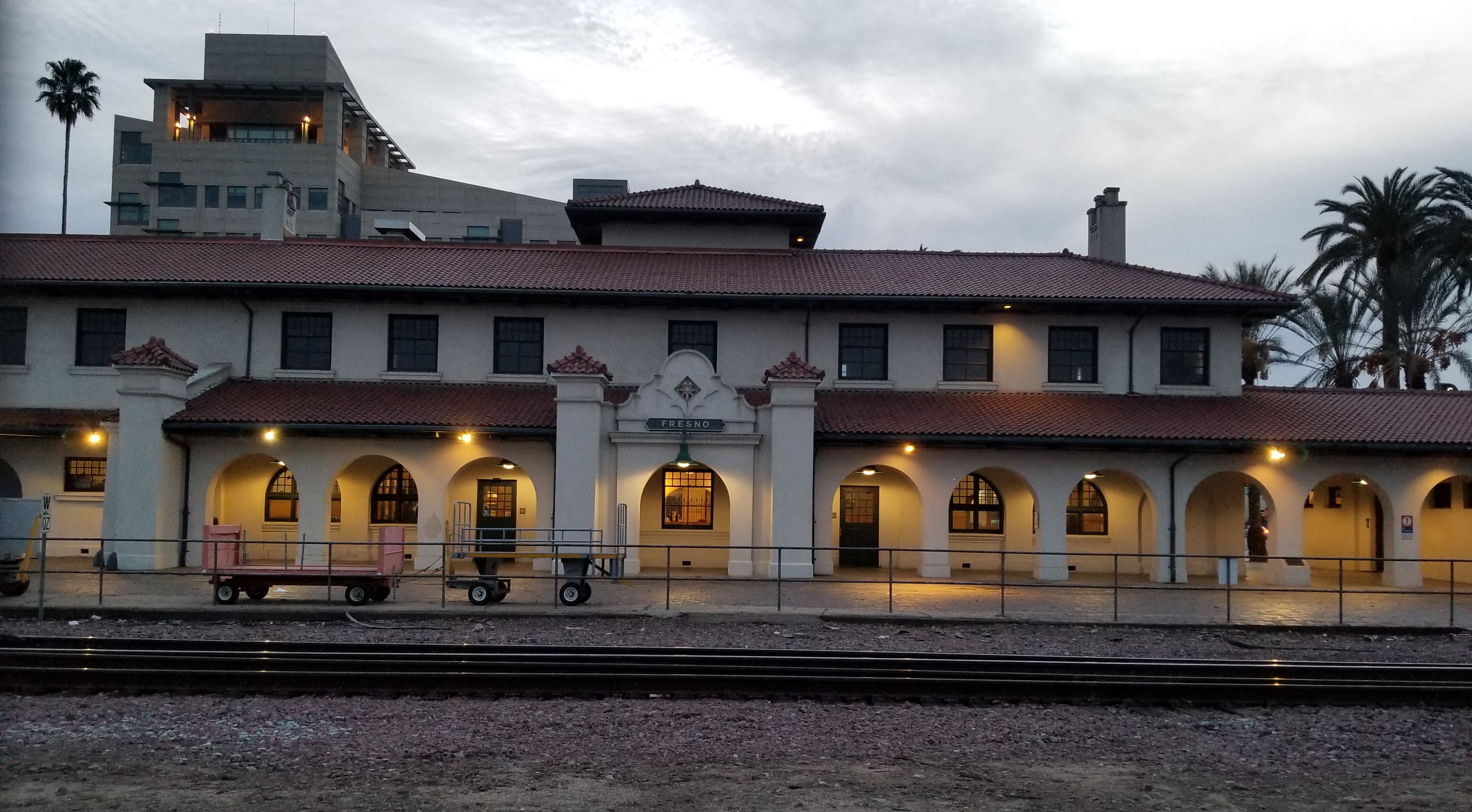 In the short term, Amtrak cut service in order to match reduced demand. For example the San Joaquin line cut three daily round trips on March 26th, and the Capitol Corridor went from 15 to just 5 trips a day. Other Amtrak lines, like the Downeastern (in Maine) and Keystone (in Pennsylvania) completely shut down for a couple of months.

In June, Amtrak started announcing potential permanent service cuts. According to their announcement, the long-distance routes would all be cut from a single daily train to just three times a week.

That would make the long-distance network pretty damn useless. And while the initial reaction might be “nobody needs to take a train from Los Angeles to Seattle,” the truth is that these trains connect people between smaller towns along the way. For example, if you want to go from Redding to San Francisco or Portland, your only choice might be the once daily Amtrak train. And frankly, once daily is embarrassing enough. The current train arrives in Redding at around 3am. Wouldn’t a second, 3pm arrival make sense?

Now I say “potential” because the loudest advocates to these long-distance routes are the politicians who represent middle-of-nowhere towns that depend on Amtrak as a lifeline. If these politicians require daily service for added funding, Amtrak can’t say no to that. The big question is in the senate.

A U.S. House committee has approved $10 billion for Amtrak, a move that would avert slashing service on the Texas Eagle, which starts in San Antonio and ends in Chicago, and preserve other long-distance train frequency. The Democratic-controlled House is expected to approve the legislation by the end of the month, following Tuesday’s 22-8 vote by the appropriations committee. However, the legislation then would move to the Senate, where heavy opposition in the Republican-controlled chamber is considered almost certain.

It’s important to note that the long-distance trains are entirely federally funded. The state routes, like the San Joaquin, depend on local funding, and they’re in trouble too. As COVID-19 has closed businesses, sales tax revenue is down, and state budgets are not looking good.

Rumors right now are that the Amtrak Thruway Network (the connecting buses) in California will have heavily reduced service as of August. Additionally, there’s been no word on returning the train routes to their full schedule. Without funding, it’s likely the rail lines will all remain at reduced service through the end of the year, and possible as long as the next budget in July 2021.

2 Replies to “How much service will Amtrak be cutting this fall?”