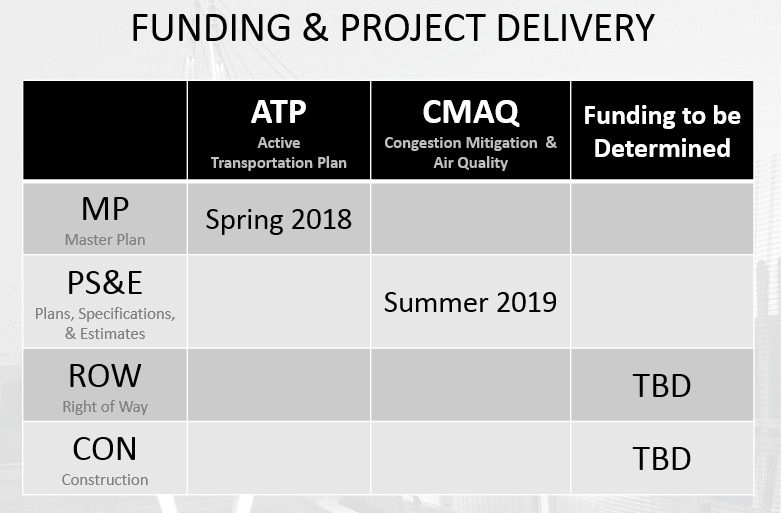 I was not able to attend the meeting last week, but I did get a hold of the presentation. As a reminder:

The City is interested in hearing from residents, business owners, special interest groups, and any other parties on the draft plan. The proposed project is intended to focus on the need, feasibility, and future development of a Class I trail/pedestrian bridge along the Enterprise Canal, extending south of Owens Mountain Parkway, and over State Route 168, which will serve to link the commercial, residential, Clovis Community Medical Center Complex, and business campuses in the immediate area. Click to read more!

Generally, it’s a pretty standard set of recommendations. The only big controversy is the “highway only” line for funding, although it appears he’s more concerned with the previous raid of the transportation fund to plug other budgets rather than eliminating all subsidies of mass transit. It is unclear if he also wants to eliminate that. As a suburban developer, I wouldn’t be surprised if transit didn’t even cross his mind when he penned his piece. Click to read more!