Another concern is that nothing pre-launch talked about frequencies at all. Earlier this year, FAX launched “FAX-15,” or buses running every 15 minutes (vs every 20 or 30) on select lines. However, that service level ends early, before 7pm. On route 38 for example, one of the busiest lines in the system, buses arrive every 15 minutes from start of service (6:15am) until 7pm. Then there is a 35 minute wait, followed by a 57 minute wait, and the last 4 runs are an hour apart. Line 30, the busiest route, and the future fake BRT line, is actually less impressive. 6am – 5:30pm – every 15 minutes Then 20 minutes, then 35 for 3 runs, then 45 minutes, and finally once an hour from 9pm to midnight. 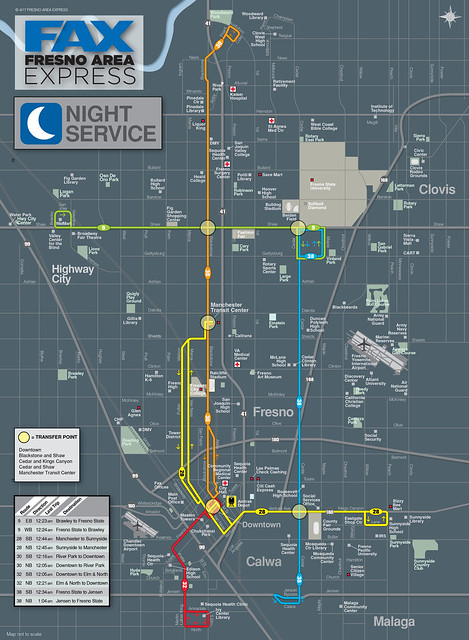 That’s missing huge chunks of Fresno West Fresno isn’t even invited to the map. Riverpark, apparently, is the northern border of the city. East-west travel is not advised. On the other hand, the routes they chose are decent. With the exception of route 32 (which I would guess was political), the highest ridership lines received new service. However, does a downtown transfer hub make sense at 11pm? That’s not where the jobs are. That’s not where the residents are. And frankly, that’s not where people want to be standing around waiting for their connections. Downtown obviously needs service, but running both 30 and 28 so close together south of Shields seems unnecessary. A Shields crosstown bus would probably impact more people.

Aside from only covering 5 routes, the chosen routes will not run their entire length during the “night” service. The reason seems to be to keep the entire night operation running with a grand total of 9 buses.  Route 32, for example, usually runs all the way up to Riverpark, as does 38, which actually terminates downtown via south Fresno. Route 28 usually ends at Fresno State. I’m not saying the 5 chosen routes shouldn’t be shortened – making modifications absolutely makes sense. I’m just saying it’s a surprise.  Well, except in the case of Route 32. Here is the normal run. 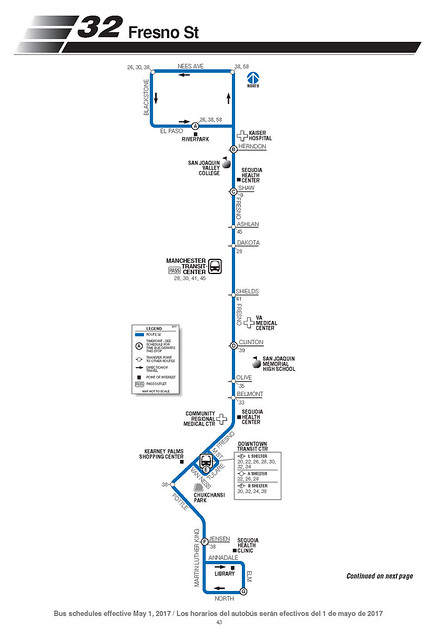 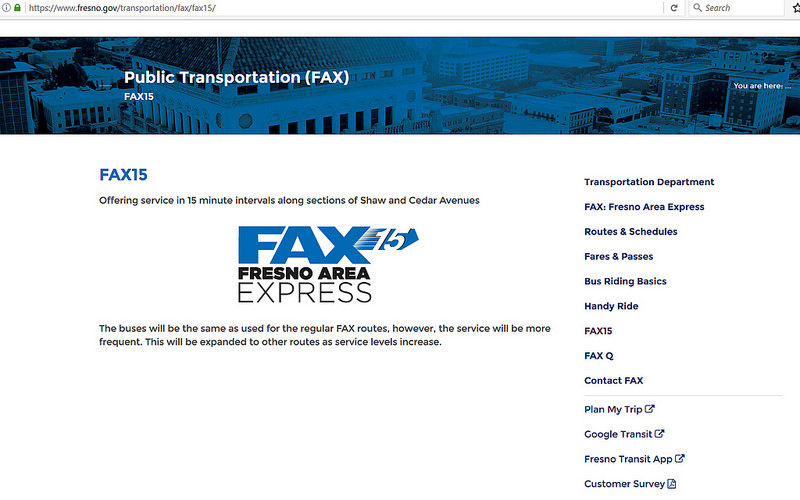 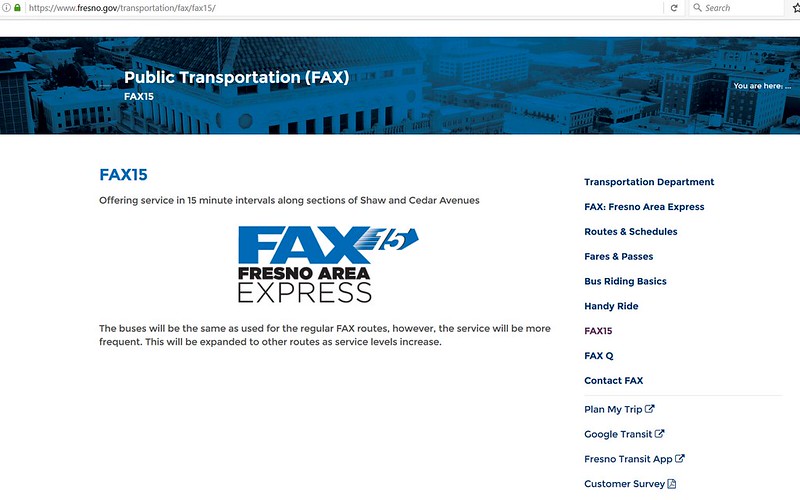