Read more here: http://www.fresnobee.com/2013/08/16/3445266/work-kicks-off-on-next-eastward.html#storylink=cpy
This week the Fresno Bee announced that yet another round of highway expansions would kick off in the rural parts of the county. The expansion plan will take a two-lane road, and make it four lanes, with a median wide enough to support two more.

Everything you see marked as 180 was built over the past decade, and there’s more to come.

That “gateway to economic prosperity” has the mayor of Sanger seeing dollar signs. For him, the highway means people can choose to live further and further away from Fresno, where most of the regional jobs are. With a four-lane expressway, one can comfortably commute at 80mph, rather than having to suffer the indignation of being stuck behind a truck doing 55.

Since the first phase of the expressway was built, Sanger’s Mayor
Joshua Mitchell said that “more families bought homes in Sanger month
after month than any other city in the Fresno area.”

The last round of expansion finished up about a year ago. The speakers at the groundbreaking to this new phase were thrilled to talk about the many changes that have come to the area.

Speakers applauded the Kings Canyon Expressway project for helping with
the movement of goods and services, improving traffic congestion and
driver safety, and connecting communities. Click to read more! 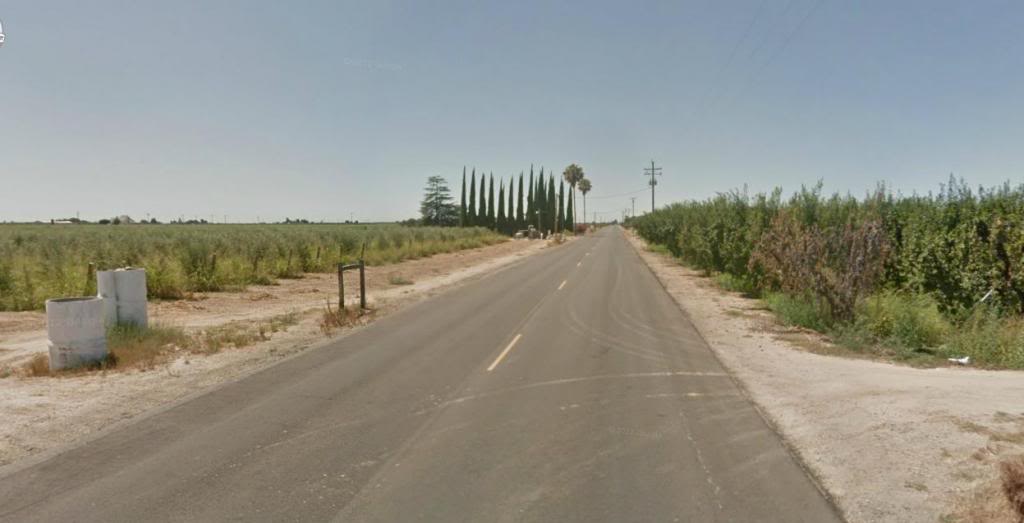 Last week, Greater Greater Washington posted a story about how the writer, who was on his bike, was in a collision when a motorists illegally turned in front of him. As he was taken away to the hospital, the responding police officer interviewed the driver, decided that the driver’s story was fully accurate, and proceeded to try and get the victim to sign a ticket on his hospital bed.

No investigation was done. No security camera video was pulled, and no cell phone records were called up. The officer, who wasn’t on scene when it happened, made a decision based on the testimony of the motorist, and his preconceived notions of what happens on the road.

If you read the full story, you’ll see that the victim did some investigating of his own, did find a camera feed, and managed to get video showing he was 100% innocent and the motorist was 100% at fault. The video is at the link. Even though there was video evidence, the police refused to acknowledge their mistake and no criminal charges were perused. The victim did get compensated in a civil case.

Many questions were raised about the police department, and why the officer has not been fired.

But a question more relevant to the national discussion is this:
Why is the testimony of the person who has most to lose treated as gospel?

And when death is involved, and only one side is around, why are officers so quick to close the case?

Looking at the recent death in Fresno:

Sgt. Patrick Etchbarne said the juvenile was riding his skateboard about
5:20 p.m. heading west on North Avenue near Thompson Avenue when a car
attempted to pass him. The juvenile made a sharp movement on his
skateboard and collided with the car.
Fresno Bee

The article doesn’t say it, but because the collision happened in a very rural area,  we know there were no cameras. We can also assume, based on other cases, that no cell phone records were pulled.

Which leaves us with the conclusion that the Sergeant’s re-enactment of the collision was based on one, and only one factor: The testimony of the motorist. The kid is dead, and not around to tell his side of the story.

Does one expect the motorists to admit fault? Is the motorist going to say they were busy texting, speeding, and generally breaking the law?

Of course not. It will always be “He came out of nowhere officer!”  Even though it just seems so odd that the guy on the skateboard would WILDLY SWERVE left, we’re to take it as a fact. Skateboards don’t leave tracks, so the only person who is around to tell us what really happened is the one who will do their darnest to make sure they don’t incriminate themselves.

As long as police departments inexplicably take the word of the person who might face years in jail for telling the truth, the true story will never be uncovered.

In another article about the collision, more details were added:

The events of this post took place last Thursday, at the city council meeting. I didn’t write about it that night because I was furious. Four days later, I’m still upset about what went down, and how easily it was to ignore years of public and community work, and a panel of technical experts.

What happened is that Fresno County proposed a road diet on Fruit Ave, between Shaw and Herndon. Like all road diets, this was to take a 4 lane road, and make it three lanes, with two bike lanes. It was pretty much a sure thing, so much so that a month ago, I wrote about it saying we could expect to see the new diet, and new bike lanes, by this fall.

Why did I not think there would be a problem?

For one, as I just stated, this was a county project, not a city one. Fresno has holes within its borders from areas that resisted annexation and are governed by the county. The county paid for the environmental impact and engineering reports, and was to pay the majority of the cost. Road diets are dirt cheap, but this project included a complete repaving, which took the budget over one million. All the city had to chip in was a few bucks, because the border abuts two intersection – but that money wasn’t even city money. A few years ago, the residents of Fresno approved a sales tax which is to go towards transportation projects. Along with air mitigation funds, the city of Fresno would not pay a dime, just approve the use of the dedicated money.

Another reason this wouldn’t be an issue is due to the massive benefits that a road diet brings. While these projects get labeled as bike projects, that’s purely so that the government can raid the tiny bike fund and implement a project that mostly benefits motorists. Yes, cyclists get a new lane, but the real benefits are for motorists that no longer have to worry about being plowed into at 50mph while trying to make a left turn.

So a zero cost project, with massive benefits.

But wait, there’s more. In 2010, after months and months of community work, the Bike Master Plan was approved, which included bike lanes on Fruit. And in advance of this specific project, the county did outreach work with the neighborhood, sending out flyers and holding a meeting.


Public support for the bike lanes on Fruit was overwhelming, but one
voice prevailed. City Council Member Steve Brandau argued there was not
enough bicycle traffic to justify a bike lane on Fruit Avenue between
Shaw and Herndon.

Brandau cited his own informal traffic study as evidence.

“I
went out and parked under a shade tree, it was on a Saturday, a
beautiful day and I counted in one hour 374 cars and zero bikes.”
ABC 30

That’s right, one council member chose to ignore expert traffic engineers, expert planners, and years of community outreach and work because he sat outside in his car and counted cars. And so he torpedoed a project outside his jurisdiction, one which he apparently did not understand.

Did I mention he failed to attend the outreach meeting the county held? The guy has no clue what a road diet actually is, and probably failed to grasp that because of him, the road will not be repaved.

Let’s also forget for a second that sitting in your car for an unspecified amount of time is not a traffic study. Let’s imagine for a second, that not one cyclists actually did go by. 374 cars on a 4 lane road? Clearly, the REAL traffic engineers were right when they said a road diet would cause no congestion – that’s nothing!

There’s also the fact that cyclists don’t use the road BECAUSE it lacks bike lanes. Nobody drives on the proposed Veteran’s Avenue either, and yet the city will spend tens of millions to build it.

Not all politicians in the area are as clueless. The man who last held the seat had the following to say:

“I’m not certain exactly what the council member did but normally on
these matters I defer to the experts, the traffic experts and based on
what I was told traffic congestion would not occur, the narrowing of
Fruit would not cause an undue burden on traffic in the area.”

“I think of lot of people want to see Fresno more bike friendly,
including myself. And I think it’s important we do our best to
incorporate bike traffic into our normal traffic grid as much as
possible. It encourages folks to take up biking. It’s good for the
health, it’s good for the environment, it allows for diversity in
transportation.” Click to read more!