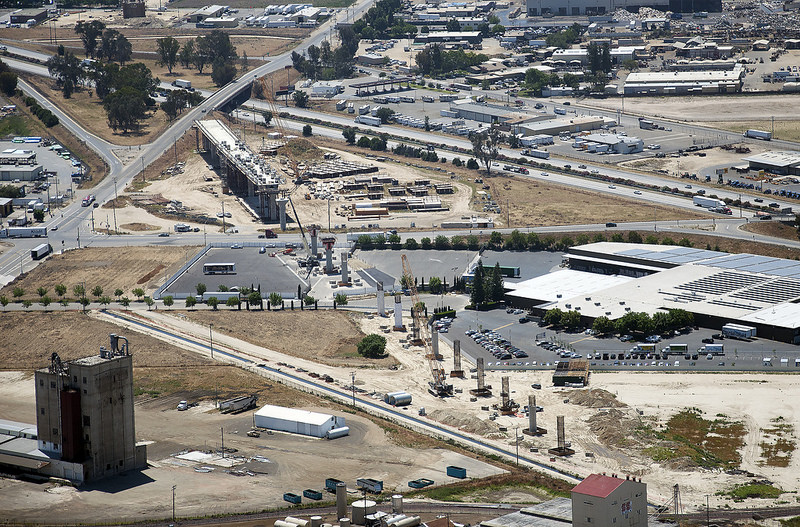 The Cedar Viaduct is probably the most important construction area right now because of the impact it will have. The bridge will take trains over CA-99, which sees around 95,000 vehicles passing by every day. Many people are still unaware that HSR is actually happening, so seeing the bridge take shape will have a large impact.

In downtown Fresno, they’re finally finishing the new Toulumne Street bridge. This bridge will carry cars, bicycles and pedestrians over the right of way. The Stanislaus Street bridge, seen above it, will be demolished because it is not tall enough. 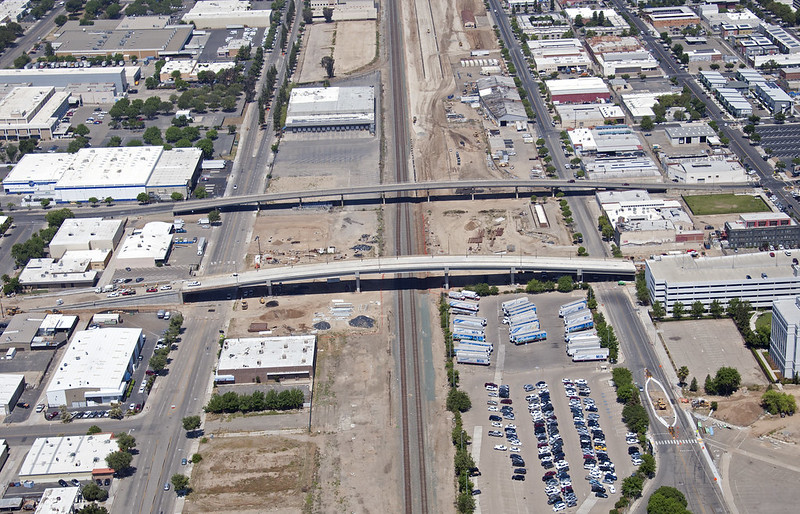 A bit north, they’re tunneling under CA-180 to let the trains go through. The trains will go under the highway, under the freight line, and under the canal. 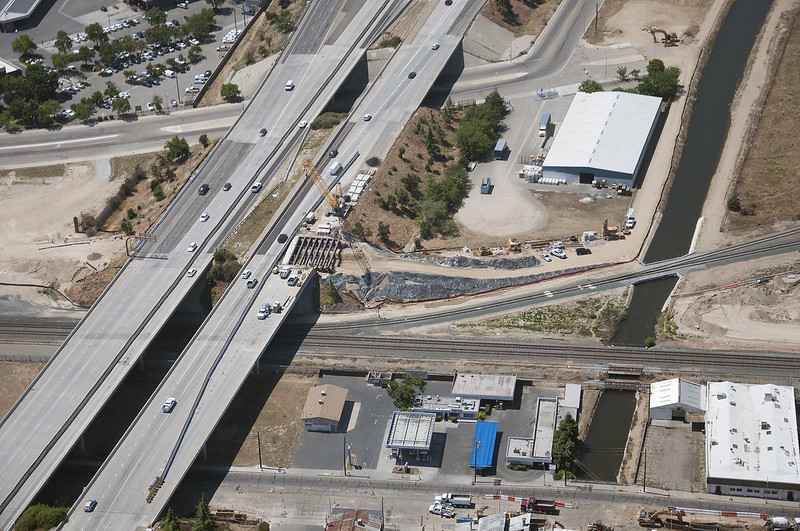 They’ve also rebuilt CA-99 to create a new right-of-way for the rail line. 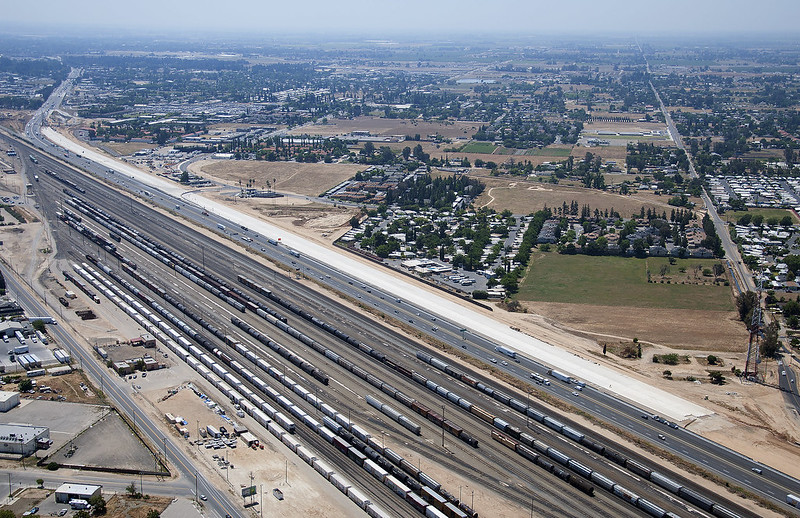 Another hugely impact project, in terms of visibility, will be where the rail line crosses over the Union Pacific tracks and then over the San Joaquin River – all right next to busy CA-99. This will be extremely visible to passing motorists. 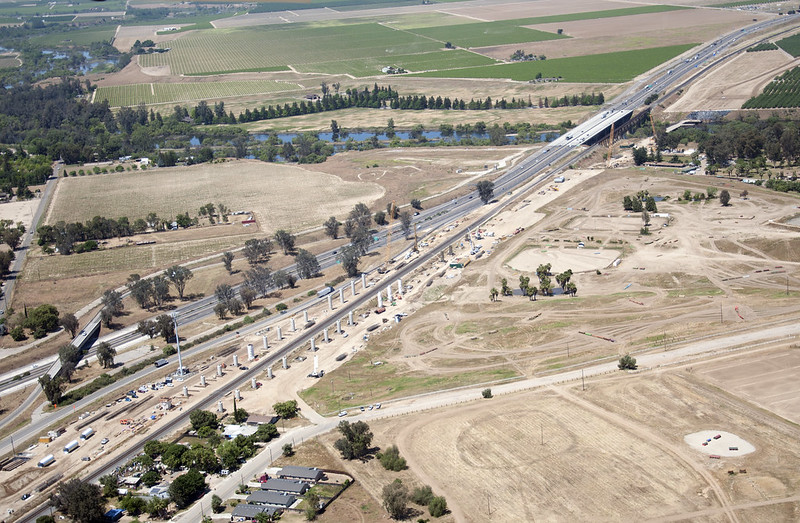 The wet winter means the bridge over the river has been stalled since December. 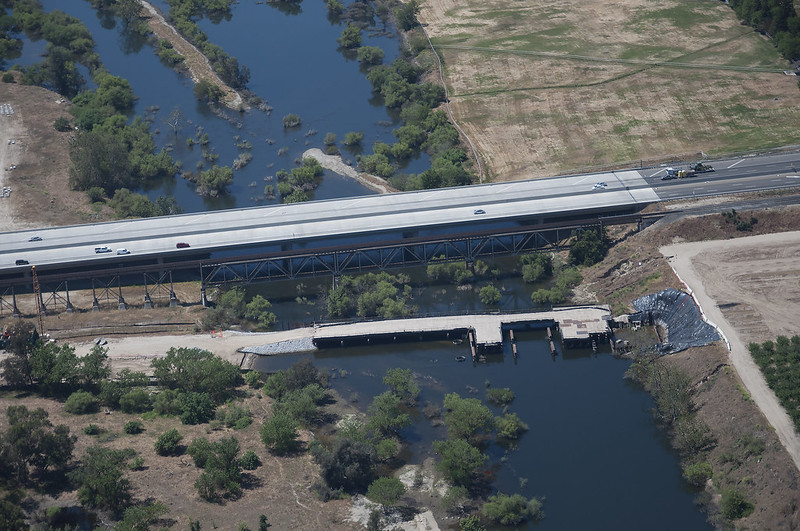 Rural drivers will go over the rail line in a new overpass, in Madera. 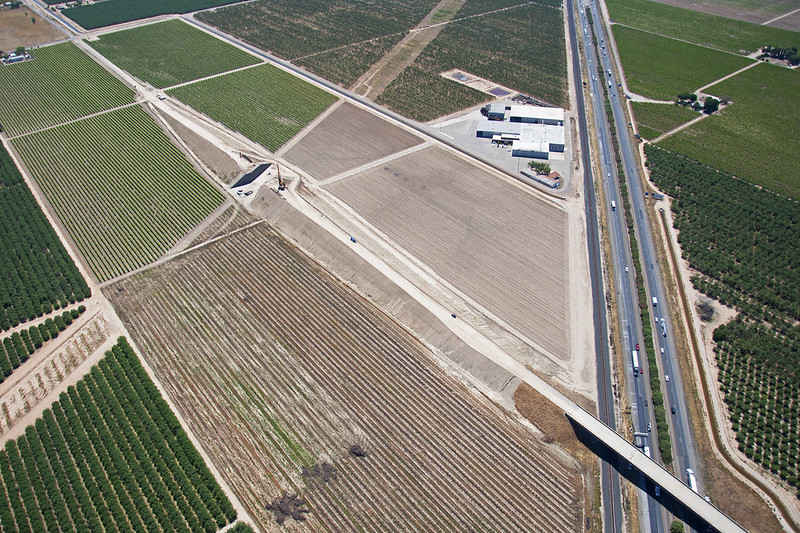 A bridge almost done over a creek. 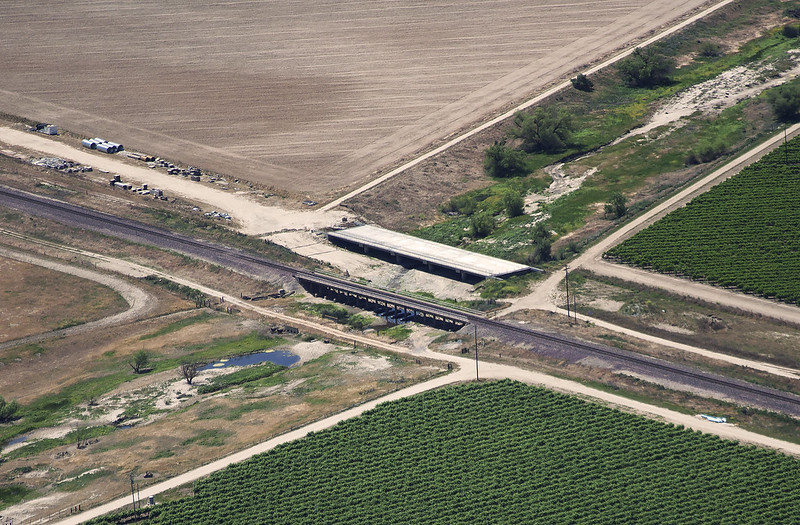 And the very first active construction site, a bridge over the Fresno River, is wrapping up. 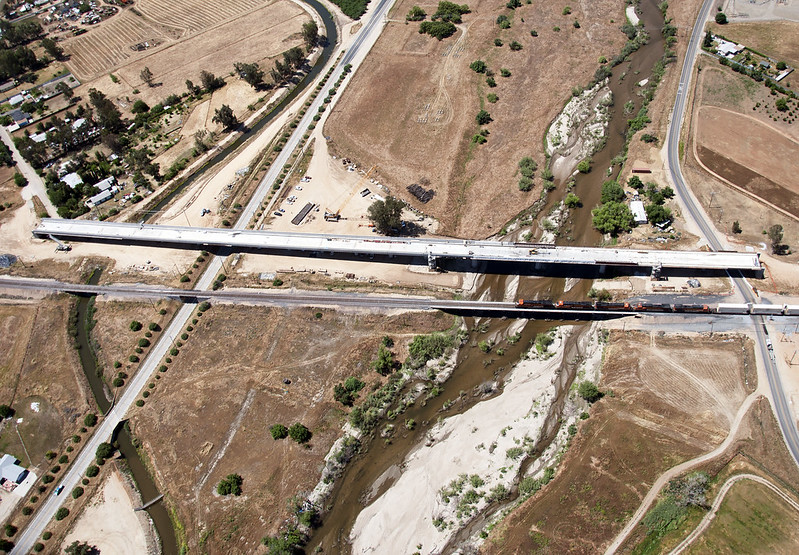 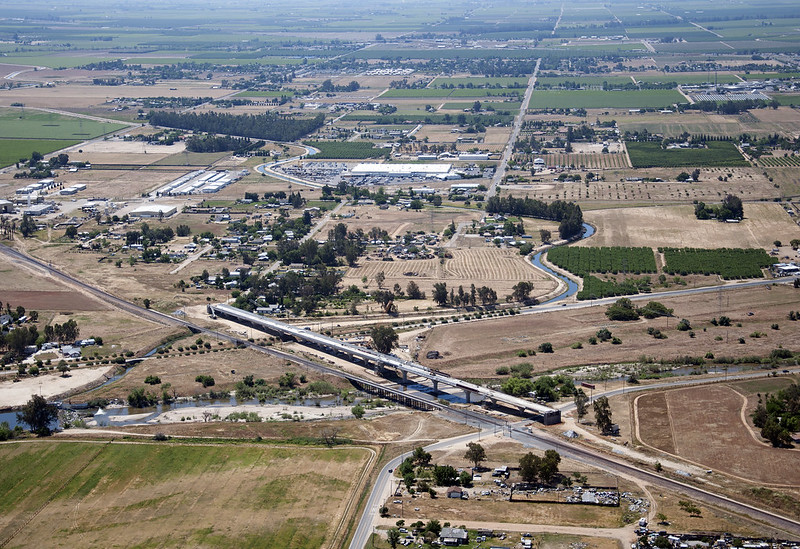 Wrapping up? Yes, the first construction package was for the heavy stuff in the Fresno area – bridges, tunnels, and viaducts. The train stuff – tracks and wires – are part of another construction package that hasn’t been handed out. The idea is to have the full right of way cleared, prepped, and ready to go, and then the last crew comes in and places the rail quickly and uniformly.

Once again, check out the photos in the official Flickr account and keep them bookmarked because new photos get uploaded at least every month, and usually more frequently. 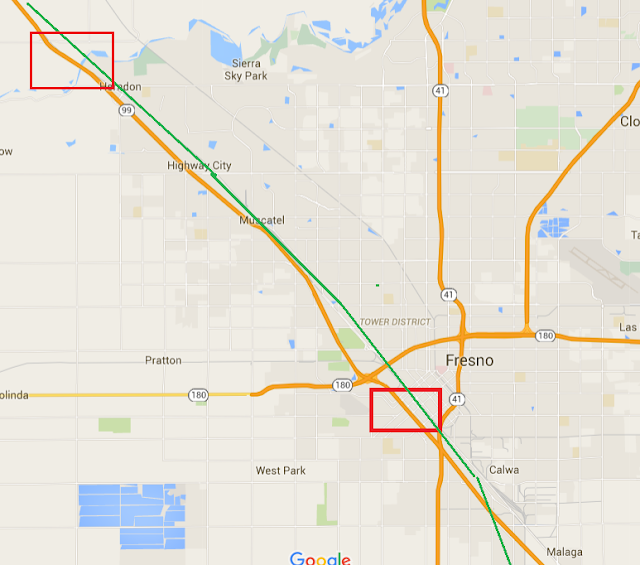 Is 2016 finally =&0=&year for High Speed Rail (HSR) in California? Construction has been underway on the boring part for over a year now – relocation of utilities, and demolishing of abandoned buildings. However, for most people, that type of invisible work doesn’t count. It’s hard to tell if a hole being dug in a street is for HSR or one of 200 other possible reasons, after all. =&1=& 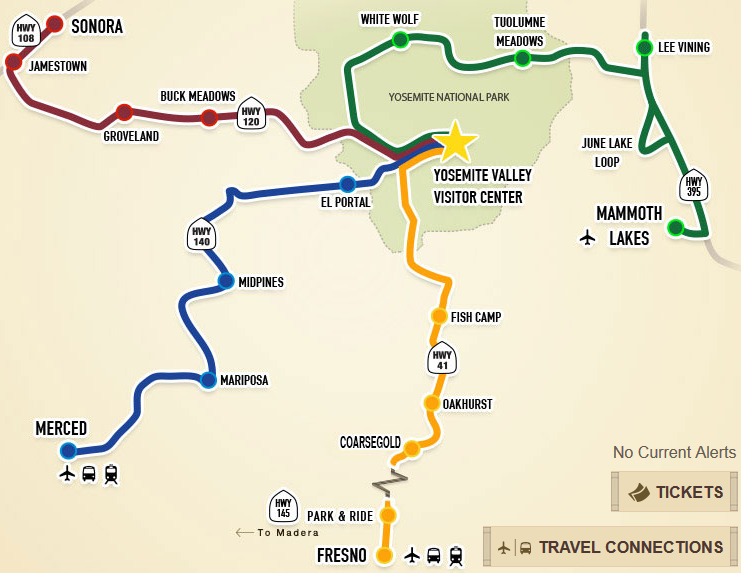 This weekend, public transit service begins for the first time connecting Fresno to Yosemite. Aside from serving a tourist purpose, the system also will operate as an important commuter and community connection. Thanks to the anonymous comment letting me know the schedule was up! =&0=&
I thought I was well versed in the myriad reasons people pull from their hat to oppose an expansion of transit. Thanks to a very helpful link provided by a comment in my recent post about a new bus service linking Fresno and Yosemite, I see I was wrong; there is much to learn about transit opposition. It really is fascinating how deep people will go to find a way to oppose even the most rudimentary improvement to transit(5 round trips a day).=&0=&

There’s something almost sinister about the way a developer gushes about the natural landscapes, beautiful views, and rolling hills he is about to bulldoze to build cookie-cutter tract homes.=&0=&” he’s ever seen.=&1=&