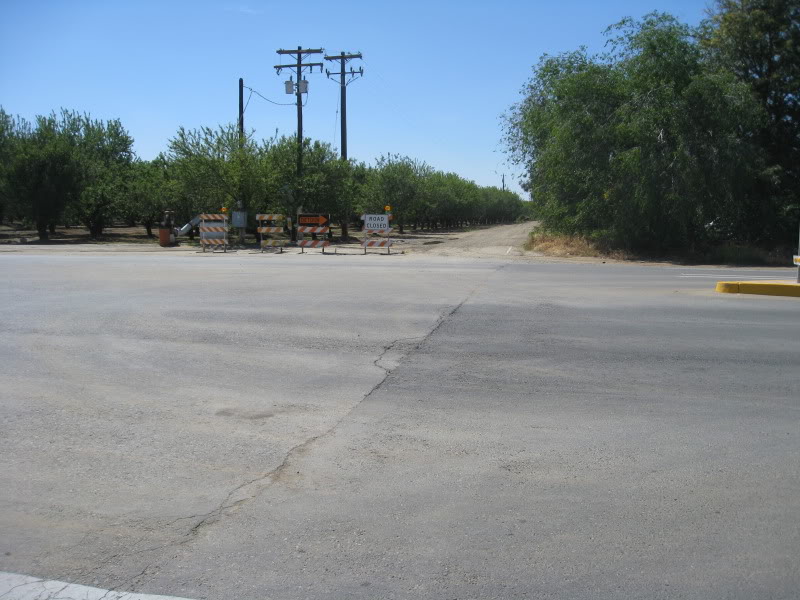 Here is the brand new school I mentioned yesterday. In what once was a lovely rural grove, is not concrete, open space (fantastic for our hot summer days) and rooms to fill with the teacher we can’t afford to pay.

Oh no, what’s this? it’s been clear cut!

What this rural area REALLY needs is an extremely wide road. 2 lanes werent enough, we need 6!

It’s an orchard, and it’s of monumental importance that it be torn down and replaced with a cookie-cutter school.