This announcement surprised me, but it’s great to see. When I was in LA earlier this year for a concert, I was able to enjoy a new policy that had recently been implemented (trains every ten minutes until midnight) but had to worry about not missing the last train.

That’s no longer the case. LA obviously has a whole lot of nightlife, and while buses that run 24 hours have been available, there’s an extra comfort in knowing the subway is there for you too.

From the official Metro blog:

All Metro Rail lines will run until 2 a.m. on Friday and Saturday nights. That includes the Red/Purple Line subway, the Blue Line, Expo Line, Green Line and Gold Line. Click to read more! 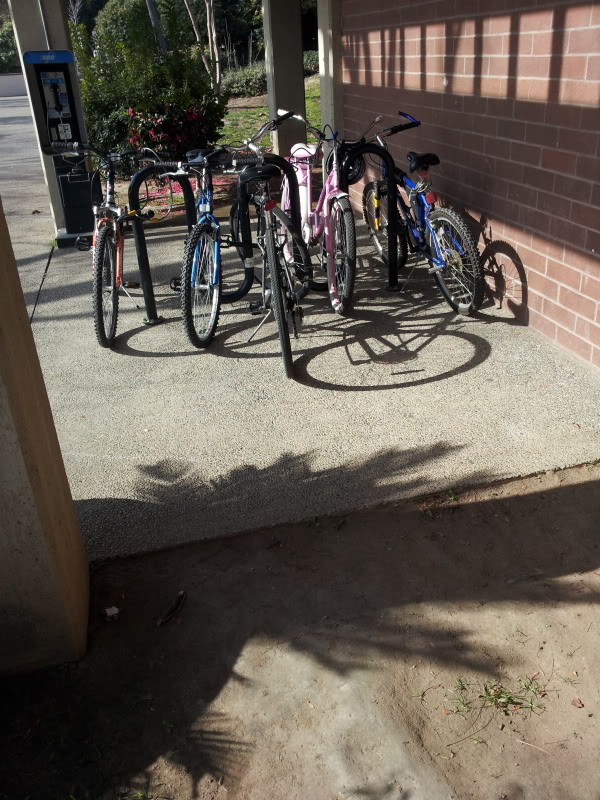 A month ago I decided that instead of rolling my eyes at the lack of bike racks at some businesses in the Fresno area, I would be a little bit more pro-active and send out customer-complaint feedback.

I decided to only do this with corporations, because of two reasons.

1) They have more flexibility in making “changes” to their property than some mom-and-pop store leasing space in a strip mall
and
2) They supposedly have established departments and standards on how to respond to customer issues.

So why send out online feedback instead of talking to the local manager? Same reasons as above. A manager has almost no authority to approve the extravagant $250 expenditure that would be the installation of a bike rack. And also it was to gauge how the corporation as a whole handles requests by customers, and not just the local reaction. Click to read more!